A train loaded with logs will make its way along the Wairoa to Napier line tomorrow, for the first time in eight years. 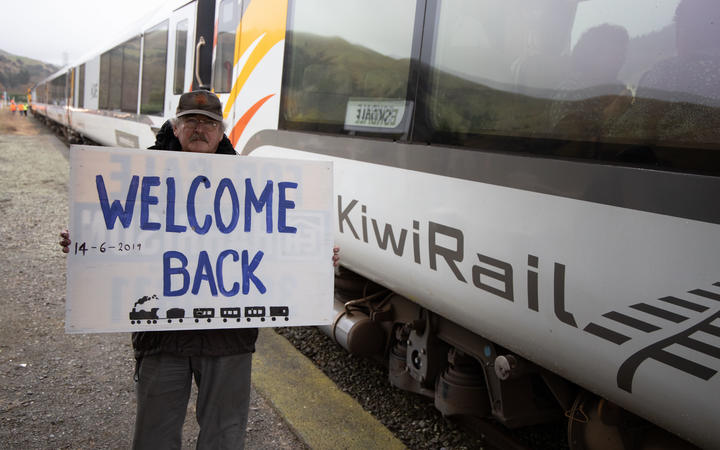 A train loaded with logs will make its way along the Wairoa to Napier line tomorrow, for the first time in eight years. Photo: Supplied / KiwiRail

And more jobs are expected to be created with the restoration of the Wairoa to Napier rail line.

The line was mothballed after the Napier to Gisborne line was badly damaged in a storm in 2012.

At the time, the cost of repairing and maintaining the tracks was deemed too high.

But it's been restored with a $6.2 million boost from the Provincial Growth Fund and trains carrying 1,400 tonnes of logs each weekend will recommence tomorrow.

David Kriel from Napier Port said it would provide a welcome boost for the region.

"It's definitely going to be more employment for the region because you have a log staging yard and marshalling onto rail in Wairoa which never existed before and it's going to unlock the potential of the region because they will have another lifeline to export out of Napier Port as opposed to travelling on the road," David Kriel said.

KiwiRail Chief Operating Officer Todd Moyle said now that their logging yard consents were in place, they will run two trains a week, on Saturdays and Sundays.

"Each train could take up to 50 long distance truck hauls off the road between Napier and Wairoa, with 66 percent fewer emissions per tonne of freight carried by rail compared to trucks," Todd Moyle said.

He said the volume of log exports from Hawke's Bay was expected to remain high until the mid-2030s, and Wairoa's harvest was part of that picture.