A group of 65 schools says the government could alleviate the teacher shortage by helping more schools share teachers online. 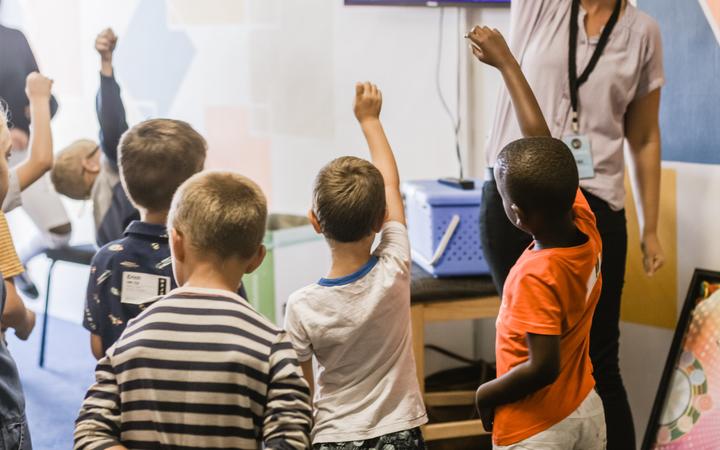 The Education Ministry has forecast a shortage of up to 2000 teachers by 2025 and schools in the NetNZ network believe their model could help.

Darren Sudlow from NetNZ said it had been helping schools, most of them in the South Island, share teachers for many years and there were probably about 360 schools involved in similar networks around the country.

"What it means is you are locating specialist teachers in various parts of the country and you're able to enrol students into those courses, it means you don't have to actually have your teachers located on site in your school," he said.

Mr Sudlow said the model could help alleviate the teacher shortage, but the cost of participating was deterring more schools from joining such groups.

To join NetNZ schools needed to allocate 0.2 of a full-time teacher to the programme and a further 0.1 of a teacher or the equivalent in money which was about $7000-8000, he said.

"We've had many schools come to us over the years who would love to get involved, but the barrier is where they have to put money in themselves because they're cash-strapped." he said.

"We need to think outside the box with this. We're constantly thinking we must have teachers on site, must employ them, we need more of them, but in fact part of the thinking is how do we create some efficiencies and scale this because they don't actually have to be located in one school," he said.

"If it were funded it would grow and probably grow exponentially and we would have something at a national level that would work."

Mr Sudlow said the Tomorrow's Schools review had concluded that more collaboration between schools would create "a whole heap of efficiencies that we don't currently have".

He said NetNZ provided "highly-connected" teaching using the internet and video-conferencing with small groups of students.

The Education Ministry's deputy secretary early learning and student achievement, Ellen MacGregor-Reid, said the ministry already supported IT infrastructure in schools which they could use to form virtual learning networks.

The president of the Auckland Secondary Principals Association, Richard Dykes, said sharing teachers online was not straight-forward because class timetables had to be synchronised across several schools and it tended to rely on students being disciplined and motivated.