The Education Review Office last year slammed the way schools and the Education Ministry were preparing for the introduction of the new digital technologies curriculum in 2020, a just-published report shows. 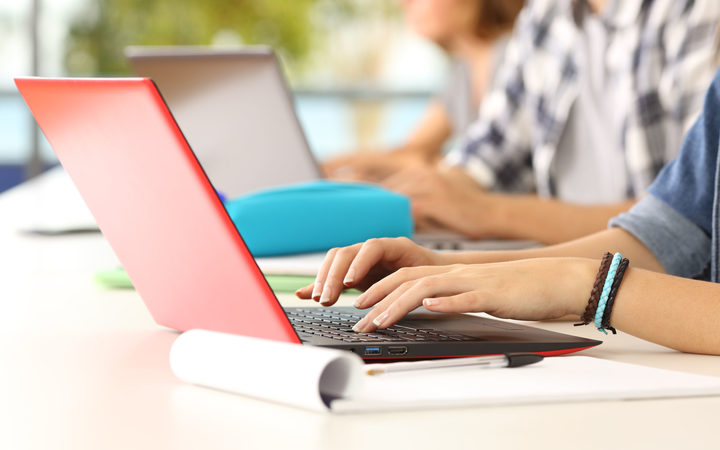 It shows the office warned the ministry in December that many schools would fail to meet their obligation to start teaching the curriculum in January next year when it becomes mandatory for children in Years 1-10.

The Education Ministry told RNZ things had improved since the review office surveyed schools last year and all schools would be ready to start teaching the subject.

But the Principals' Federation and the Auckland Primary Principals' Association said many schools were poorly prepared.

The new curriculum includes teaching children as young as five the basic principles of computer coding.

The review office report said schools had made slower-than-expected progress toward introducing the curriculum and school leaders had indicated they needed more time and resources.

It said some schools and principals were not taking seriously their obligation to introduce the curriculum and indicated boards of trustees needed to get tough on their principals.

"The lack of commitment by some school leaders to this compulsory curriculum content is of concern. Boards of trustees should consider including a component in their principal's appraisal focusing on meeting the obligation to implement the DT [digital technologies] curriculum content from January 2020," the report said

It said delays in setting up a coherent support programme were to blame for much of the problem.

The report said only 35 percent of schools reported that both senior leaders and teachers knew about the new curriculum and their obligation to start teaching it from January 2020.

"More schools must start to engage seriously with what is required of them if they are to meet their curriculum obligations," the report said.

The curriculum was introduced by the previous government which committed $40 million to resources and training to support it.

The ministry's deputy secretary for early learning and student achievement, Ellen MacGregor-Reid, said the ministry improved its support for schools in light of the report and over the past 12 months momentum had grown.

"We think that all schools will be ready to start teaching the digital curriculum and that that teaching will develop over time," Ms MacGregor-Reid said.

She said teachers were motivated to start teaching the curriculum.

"We know there's been a growing momentum in them engaging in the supports we're offering, 12-and-a-half-thousand teachers alone have engaged with the digital readiness programme which is just one of the supports and it's on that basis that we're confident that schools will be teaching the digital curriculum from next year."

The president of the Principals' Federation, Whetu Cormick, said some schools were not ready to start teaching aspects of the curriculum such as the skills behind computer programming.

"In some schools that won't be happening because we won't be ready for it. Schools will do their very, very best to put this in place and I'm sure they will be planning for that next year but we have to question will teachers actually have the skills to do it themselves in every single classroom throughout every single school," he said.

Mr Cormick said he had doubts about the number of schools that had received training in the new curriculum.

"I know my own school hasn't and I've spoken to lots of school leaders who haven't participated in any professional development. We've even heard reports that they found the application process difficult and they were declined."

Auckland Primary Principals' Association president Heath McNeil said he was not aware of any schools that would not introduce the curriculum next year as required.

However, he said schools would have varying degrees of familiarity with the curriculum, which he said should be included in daily teaching rather than taught once-a-week as a discrete subject.

Mr McNeil said the teacher shortage and high degree of churn among staff in Auckland schools had hampered their preparations for the curriculum.

In addition, training for teachers had been under-resourced.

Mr McNeil said the current industrial action being taken by primary and intermediate school principals who belonged to the Educational Institute (NZEI) was also affecting schools' preparations. The principals were refusing to participate in any ministry initiatives, including training for the digital technologies curriculum.