Power cuts in central Auckland will take up to another four hours to fix, while heavy snow alerts remain in place for the South. 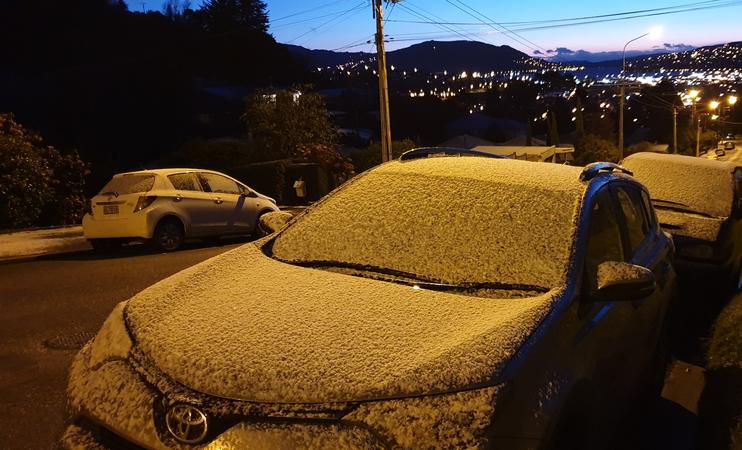 Vector said it has shut down power to Three Kings in central Auckland while crews work to fix a line which came down from a pole in bad weather.

It says it has remotely redirected power flows to as many affected people as possible.

The company said power should be restored for customers around Mount Albert Road, St Andrews Road and Mount Eden Road in the next three to four hours.

Meanwhile, a blanket of snow has been left across parts of the South Island this morning, and heavy snow alerts are in place for Fiordland, Clutha and Southland until 4pm this afternoon, with warnings the snow could damage trees and powerlines. 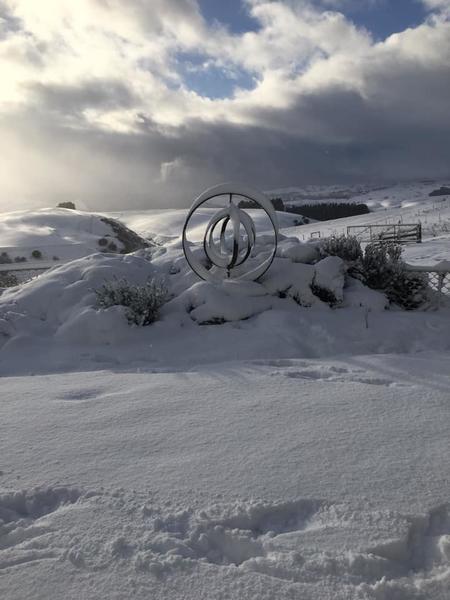 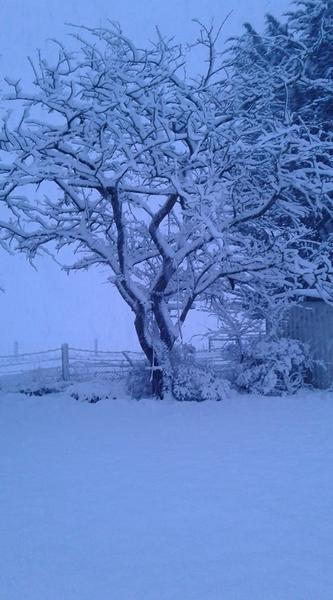 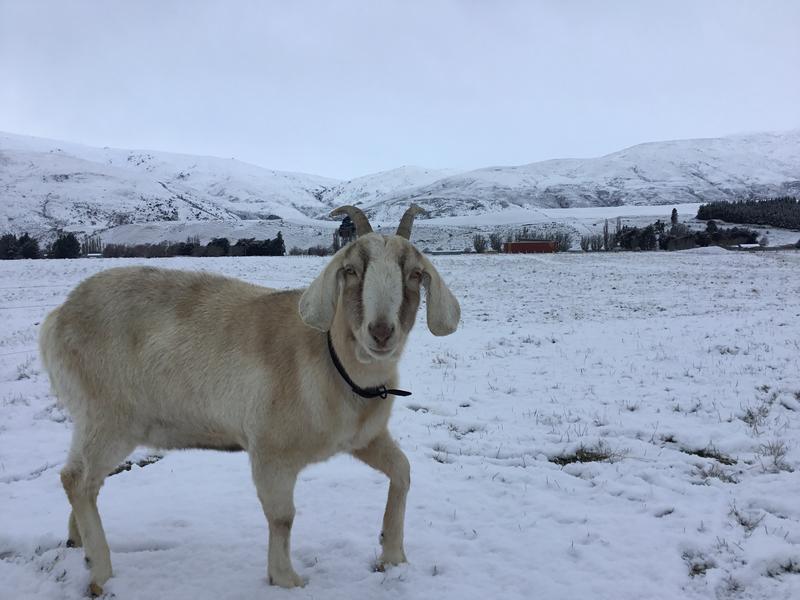 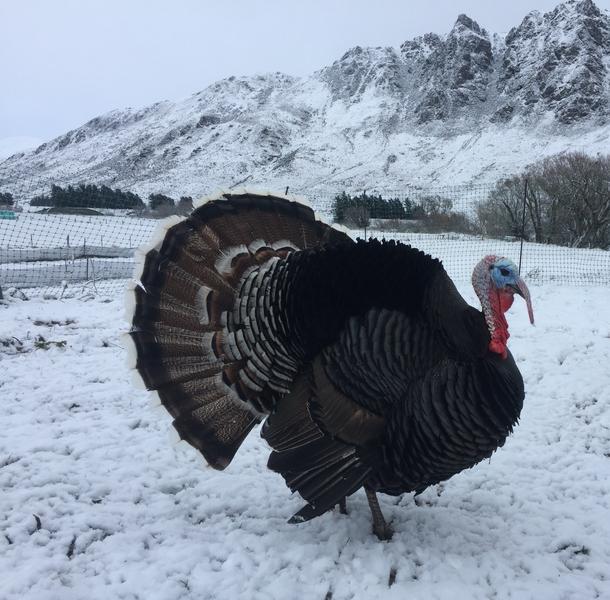 Not everyone is impressed with the snow. (Pete Van Berkel) 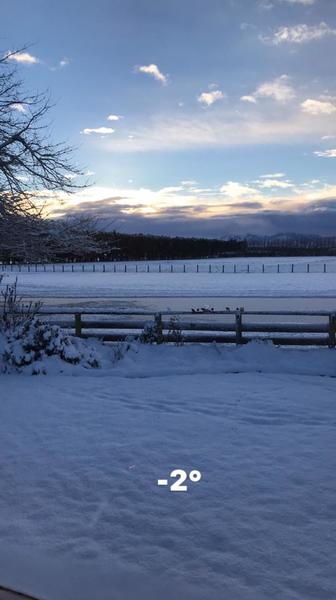 Even Golden Bay residents woke to the rare sight of snow on the hills of Kahurangi National Park. (Shelley Grell) 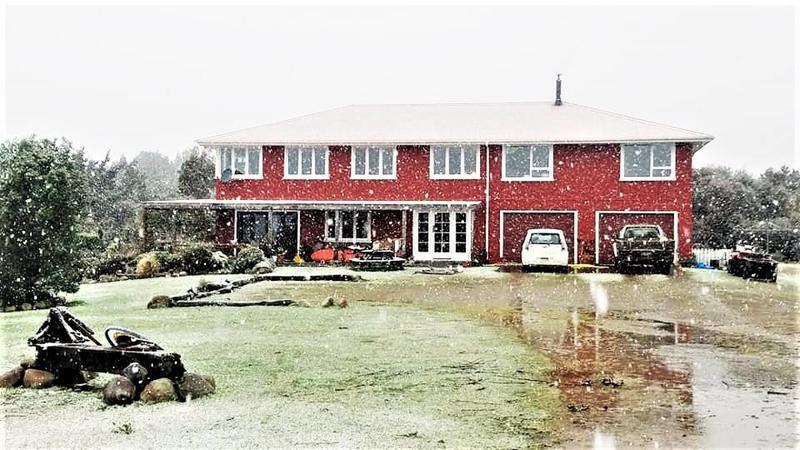 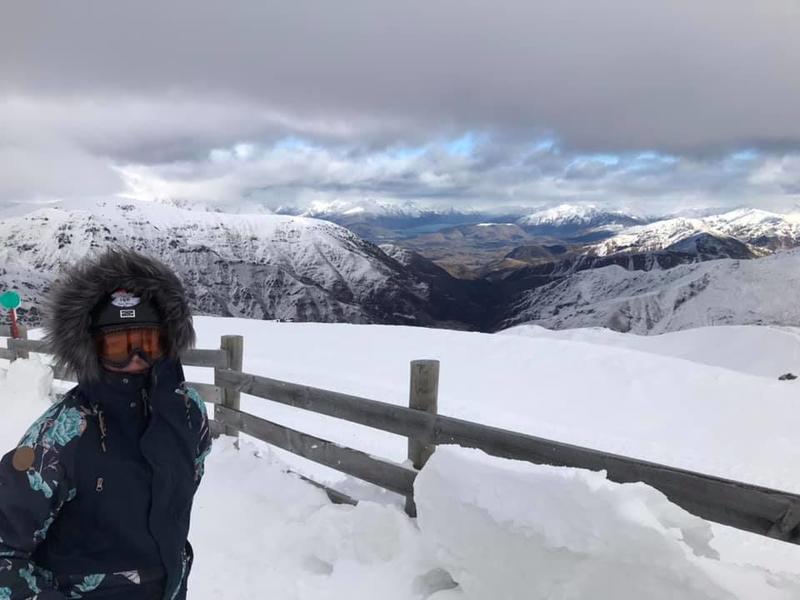 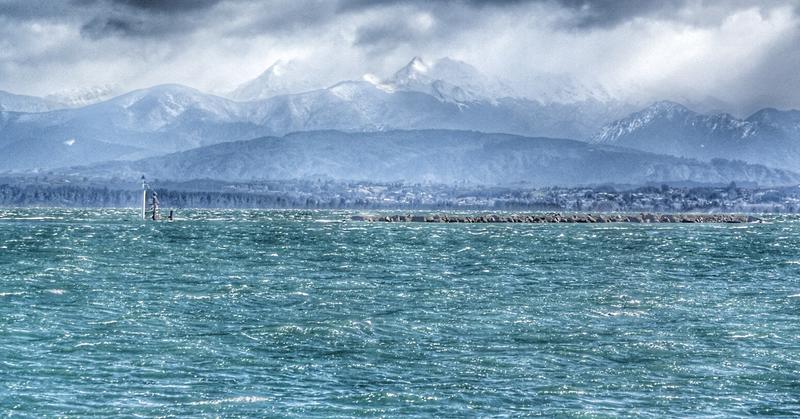 RNZ's Tracy Neal took this photo of the snow above Nelson, towards Takaka hill

A number of roads have now opened in the South.

Road snowfall warnings have been lifted for the Crown Range, State Highway 1 between Dunedin and Waitati, and the Lewis and Lindis passes.

Warnings remain in place for Milford Road, and Napier-Taupō Road and Desert Road in the North Island until later tonight.

The Transport Agency says the highway between Lawrence and Milton has been closed due to snow and ice, and no detour is available.

In the central North Island, the Desert Road, between Waiouru and Rangipo, has now reopened.

The alternative route through, SH4 from National Park to Tohunga Junction has reopened. It had been closed following a 2am crash, when a truck rear-ended another at Erua.

Snow warnings are in place for a number of other roads; the Napier-Taupo Road (SH5) and the Remutaka Hill Road (SH2) in the North Island.

Parts of the South Island shivered in below-zero temperatures this morning, with Wanaka recording -2C, Ashburton Airport at -3C and Timaru Airport on -1C.

Mount Cook aerodrome was the coldest at -8C, MetService said.

It's a chilly morning over much of NZ, with Mount Cook Aerodrome coldest on -8.0°C https://t.co/Yjbq0jxdqz ^PL pic.twitter.com/LoKOCn4fBg

Dunedin residents woke to a light dusting of snow in the hill suburbs this morning.

A 30-year-old driver was tucking into some McDonald's hotcakes when he ploughed into a parked car in North Rd about 5am today.

Senior Sergeant Craig Dinnissen said distracted drivers were dangerous - especially with snow settling on many roads around the southern city.

"In this sort of weather you need all your senses - not just the sense of taste," he said.

The crashed caused moderate damage to both cars though the driver walked away uninjured.

The state of his early morning breakfast was unclear.

MetService meteorologist Peter Little said it's been about eight years since snow fell so low on the West Coast.

Mr Little said the snow is predicted to ease during the day, with warmer weather on its way by mid week.

The North Island is mostly sheltered from the weather pattern by the South Island but has still been hit by some snow showers and low falling snow, he said.

WeatherWatch's Richard Green told First Up that the snow showers at sea level in Greymouth and Hokitika yesterday were a surprise.

"We'd have to go back two or three decades to have seen it last occur," he said.

Snow at Oreti Beach in Invercargill was also unusual, he said, because the town is normally protected from the southerly weather by Stewart Island / Rakiura.

Looking ahead, MetService has posted an 'orange' snow warning for Fiordland, Clutha and Southland including Stewart Island.