Principals warn they are hiring "teachers of last resort" in order to avoid a shortage of more than 1000 staff next year. 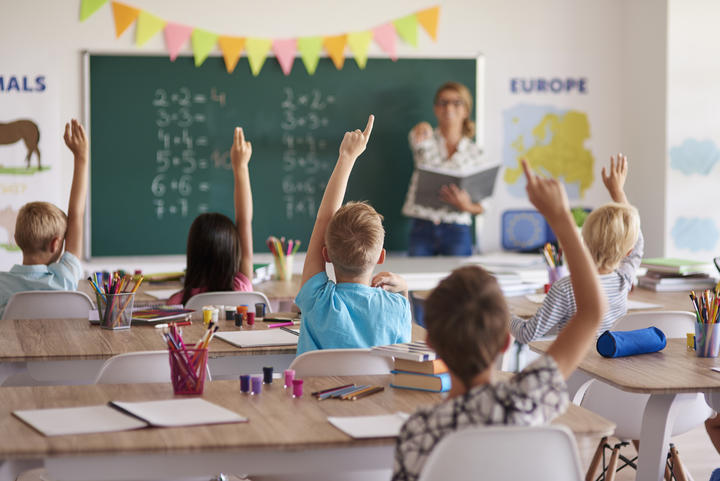 There's a shortfall of teachers forecasted for 2020, but the Minister for Education says the government is well placed to find the required teachers. Photo: 123RF

The Ministry of Education has forecast a shortfall of 860 primary teachers and 160 secondary teachers in 2020.

More than 600 of those teachers would be needed to cover new learning support coordinator roles the government has created and the remainder were due to roll growth.

The Minister of Education, Chris Hipkins, said the government was well placed to find the required teachers and there were already 800 teachers ready to be employed.

Auckland Secondary Principals Association president Richard Dykes said principals appreciated the government's attempts to solve the teacher shortage, but he had doubts about whether it could head off next year's shortfall.

"There's two elements to that. One is will it provide enough and two, is it the kind of teachers that we want. We have said repeatedly to the Ministry of Education that qualified teachers does not equal quality teachers and we want the best and brightest in our profession," Mr Dykes said.

Teacher pay and conditions were better in the United Kingdom, Canada and United States, so New Zealand schools were unlikely to attract the best teachers from those countries, he said.

"I was talking to a Christchurch principal about two months ago and his comment about many of the overseas teachers, not all, but many of them, was that these are teachers of last resort."

Some principals had admitted that because of the shortage they were hiring overseas teachers they would not normally consider, Mr Dykes said.

"They are employing teachers that they would not in ordinary circumstances want to employ but they have no choice. They're a month out from the start of the coming year, they're looking for a maths teacher or a science teacher or even an English teacher, they've got no-one or no-one of a suitable ability so they have to look overseas and they will just take someone who can fill that position and that's the environment we're still in," he said.

The president of the Auckland Primary Principals Association, Heath McNeil, said many of its members were facing on-going and rapid roll growth and he warned that the ministry's forecast of 860 more primary teachers in 2020 could be an under-estimate.

"There's still definitely a shortfall and any shortfall for any school community is stressful," Mr McNeil said.

The government was responsible for more than half of next year's shortfall because it had created more than 600 learning support coordinator jobs that schools now had to fill, he said.

"A lot of those teachers will come from the existing stock and I know that a number of those positions in Auckland have not been appointed yet, so once they get appointed the clock is ticking in terms of finding a replacement in time for 2020.

Mr Hipkins said the coordinators would help improve teacher supply in the medium to long term because they would reduce teacher workloads and provide more help for children with special needs.

"We've gone through a pretty rigorous screening process to make sure those who are being recruited by the agencies on behalf of schools are meeting all of the quality requirements that we have for teachers."

The teacher shortage had built up over a long period of time and some of the government's initiatives would take time to show results, such as increases in the number of people starting teacher training, Mr Hipkins said.

Short-term measures such as helping schools recruit teachers from overseas and helping former teachers return to the workforce would help avoid next year's forecast shortfall, he said.

"We're pulling out all the stops to make sure we've got as many teachers available to schools as possible."

The total number of teachers increased by about 1000 last year and a similar increase was expected this year, Mr Hipkins said, adding that in the previous three years the average increase was 350 teachers per year.

It said 1912 teachers had enrolled in a refresher course required for teachers who wanted to return to the workforce since the government began subsidising course fees, though not all had completed it.

The report warned that some of the funding for recruiting more school teachers had been redirected to recruiting early childhood teachers.

"This trade off means we may not be able to deliver to the extent that we originally anticipated," the report said.

However, the report said the ministry was "well placed" to meet the forecast demand for teachers in 2020.