A parent says he is gutted the Ministry of Education has failed to find out who forged a signature on an attendance form for his son's early childhood centre. 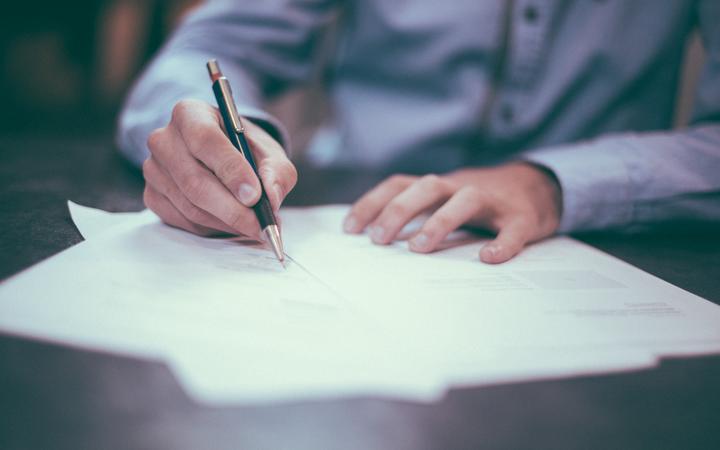 Grae Burton told RNZ neither he nor his wife had ever seen the form, which falsely said their son attended Lollipops Birkenhead from 8.30am to 4pm, three days a week.

Early childhood centres record children's hours to ensure the Ministry of Education funds their attendance up to six hours per day and to ensure centres employ sufficient staff to meet minimum staffing levels based on the number of children attending.

Mr Burton said the hours specified on the document were not an option for enrolment at the centre and were not the hours that his son attended.

In addition, a signature and handwriting on the form purported to be his wife's, but were not, he said. Mr Burton said the family paid for their son to be enrolled for a full day, which was from 7.30am to 6pm, though he generally attended from 8am to 4.30pm.

The centre sent him the document after he asked why its form for signing children in and out for the day had been altered with pre-printed times of 8.30am to 4pm, rather than allowing parents to enter the actual times their child arrived or departed, Mr Burton said.

He raised the matter after hearing several other parents mention it during a meeting.

Mr Burton and his wife cancelled their child's enrolment after they saw the forged signature on the form, he said.

On the day they saw the form, four other families also noted that timesheets were not a correct reflection of their child's hours, Mr Burton said.

The form, a copy of which RNZ has seen, was dated 29 July 2019 and had hand-written entries for Mr Burton's partner's first name, her relationship to her child, her signature and the date. Mr Burton said none of the handwriting was his wife's and nor was the signature.

The centre told Mr Burton the "discrepancies" in his son's forms were "definitely a breach of our practices".

The Ministry of Education visited the centre and last week told Mr Burton it had investigated if the centre was meeting licensing and regulation requirements.

"From the documentation sourced from the centre and yourself, the ministry was unable to make a determination on the accuracy of the record keeping and therefore, could not substantiate or refute your allegation.

"Due to a change in management there was no current personnel that could verify the process for change of hours for your child," the ministry said in an email message to Mr Burton.

The chief executive of Evolve Education, which owns the Lollipops centres, Tim Wong, would not comment because he had not yet heard back from the ministry and the company was conducting its own investigation.

Mr Burton said he still wanted to know who had filled out the form and why they had done it.

"Really we would like to get solid answers ... 'why?' really needs to be the most important question answered."