The North Canterbury Fish and Game Council has closed its two salmon hatcheries in the Upper Rakaia River, to protect the wild sea-run salmon fishery. 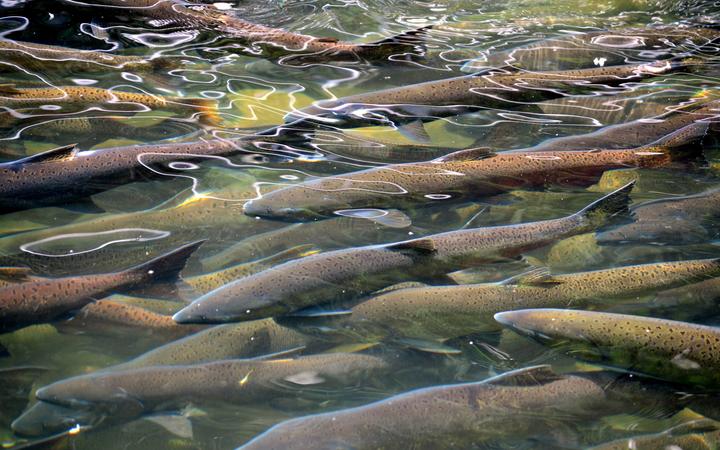 It said hatchery releases in North Canterbury have likely had a negative impact on the region's wild sea-run salmon fishery.

Fish & Game protects the environment for anglers and hunters, which includes managing trout, salmon, game birds and their habitats.

The North Canterbury council said protecting wild, locally adapted salmon and its habitat is essential to ensuring the long-term resilience and sustainability of the New Zealand angling resources.

It said the decision is based on scientific studies, and a review of historical hatchery practises in the region.

"We're now really focused on managing wild fish, so it's a really exciting, positive step forward to the wild fishery," he said.

Gabrielsson said the negative impacts were on the wild fishery and not the habitat.

"What the scientific community is telling us is that fish populations, like all other animals, they evolve to be in tune with their landscapes. This is a really important characteristic that allows them to resiliently withstand changes (to their environment).

"It's this unique adaptation that's very important for population viability, and when you put hatchery fish from another origin into those populations, basically you're eroding all that specialisation and that's not a good thing."

As a consequence, releasing hatchery reared salmon can be detrimental to the wild locally adapted salmon population, he said.

The council said hatchery sites at Montrose and Whiskey Creek have now been closed, but it will further develop one sports fish hatchery operation at the Issacs facility in Christchurch.

Once modified the Issacs hatchery operation will also allow North Canterbury Fish & Game to also raise trout or salmon for release, for monitoring and research purposes.

The council said anglers can help by limiting their harvest of wild (non-fin clipped) salmon to four fish per season. They can also help the council with its Rakaia research project by providing information and otolith (earbone) samples from any salmon harvested.

The earbone of salmon enables fishery managers to see the life history of the fish, and will identify parts of the river system that may require extra habitat rehabilitation and protection work.