Conservationists say the fledgling season of the native Westland petrel has been marred by the Transport Agency's new LED streetlights near Punakaiki. 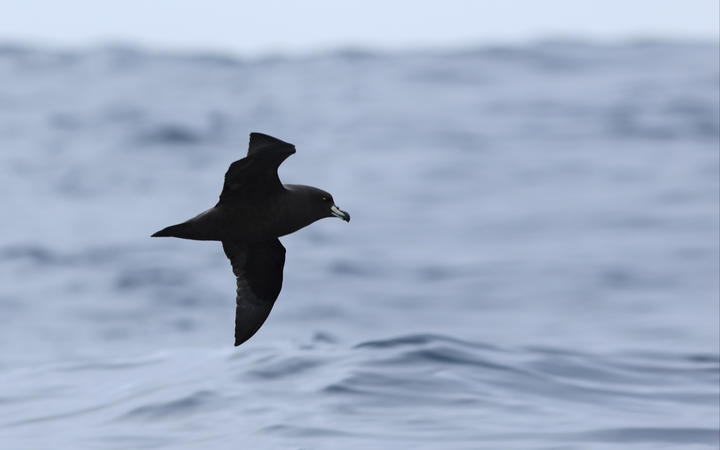 In a phenomenon called "fallout", bright lights make the birds dazed so they crash land on the road and get hit by cars, killed by predators, or starve to death because they can't take off again.

The Westland Petrel Conservation Trust's chairman, Bruce Menteath, said the Transport Agency was first told about the problem decades ago and then again this year, before the six, blue-white 4000K LED bulbs were installed.

Menteath said it was only now, towards the end of the fledgling season, that the Transport Agency had moved to mitigate the impacts.

"It just seems to be the Transport Agency hasn't been liaising with people in the area, including many of the residents that quite like the Westland petrels," he said.

Though it was hard to know the exact amount of deaths, he said the Westland Petrel Conservation Trust had been called by people who'd found the birds on their doorsteps, and there'd been eight on the ground in the Punakaiki village in a few weeks - marking an increase on previous years.

"It might not seem like a lot of birds, but we're still only picking up maybe 10 percent of those that fall out of the sky," he said.

"We've had enough of this problem. There's too many dying - probably more fledglings dying than any other cause."

There weren't any state highway lighting requirements in the Buller and Grey District Plans indicating that LED lights shouldn't be used near the birds - but he said the Transport Agency was keen to ensure that was taken into account in future.

It was also awaiting the delivery of six hoods to fit over the LED streetlights and direct the light from the lamps downwards.

"We hope this will help address the petrel disorientation issues at night times which are of concern to us," he said.

Menteath wasn't sure if the hoods would be the best solution.

"I think the fact that they're 4000K lights is a major obstacle, even if you got hoods, because you get a bright light shining on the road and the petrels think the road is wet - the road can look like water - so they get disorientated."

Seabird specialist Sandy Bartle - who wrote to the Minister of Transport and Minister of Conservation in November before the lights were installed - noted that there was no flexibility for a "switch-off" period after midnight, which some other LED streetlights have overseas.

"I have already told NZTA that all external lights will cause some petrel deaths, but that LEDs are clearly worse," she said.

The Transport Agency said it was reviewing its internal documentation to ensure that the needs of the Westland petrel, and other species, were documented.

"We want to investigate this issue further so we can come to a better solution," Hey said.

The Department of Conservation said it too had contacted the Trasnport Agency about the problems with the lights - and it supported their efforts to install hoods.

"Petrels have been getting stranded in the Punakaiki Area for sometime - its not just streetlights causing the problem but obviously having a fix for this problematic light source is helpful," a spokesperson said.