A review of the marriage celebrant process is underway in a bid to reduce the number of celebrants. 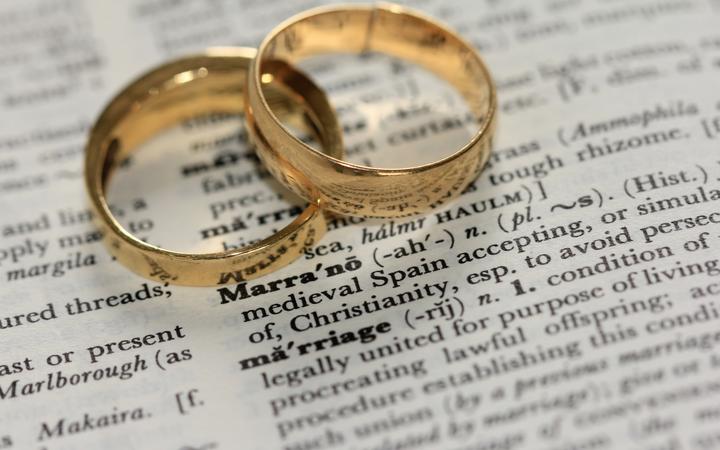 Two years ago the Department of Internal Affairs introduced a registration fee and an annual renewal fee, because despite having 2500 independent celebrants about 25 percent of them don't do any weddings.

But the director-general of Births, Deaths and Marriages Jeff Montgomery, said market forces had not worked.

Montgomery said when he took over the role seven years ago, one of the first things he did was relax the criteria to be a marriage celebrant.

"There was a requirement that someone applying to be a celebrant demonstrated that there was a public need for their services in the local community, and one of the ways that was assessed was how many other celebrants were there.

"So if there was already a couple of celebrants in a smallish area like, perhaps Levin, then unless that they could prove that there was unmet demand they were unlikely to be approved. So that meant that some of the celebrants had been appointed many years ago and it was very difficult for new people to enter into that space.

"So my approach was, 'well, let the market decide. When there's enough celebrants in an area, people will stop applying'. But that hasn't happened."

Montgomery said there were several reasons.

Everyone liked a wedding and a lot of people thought they could be a good marriage celebrant.

To become a celebrant people have to pay a $150 fee, pass a short online test, provide four references and undergo a police check.

Montgomery said while it was not hard to become a celebrant the difficulty was getting the work. The country's most popular celebrant did 143 weddings last year, which averaged about three weddings a week.

The review, which includes surveying the country's celebrants, will look at the appointment process, how many celebrants there should be, and the requirements for initial training and ongoing training.

He said there was mixed views within the celebrant community, some saw it as a community service and it didn't matter if a celebrant didn't do many weddings a year.

Others considered themselves professional celebrants and believed there should be high standards in the profession. They believed only those who could demonstrate such standards should be appointed as marriage celebrants.

The results of the review will be announced in May.