Registry weddings are being consigned to history, with staff handing low-cost marriages over to independent celebrants. 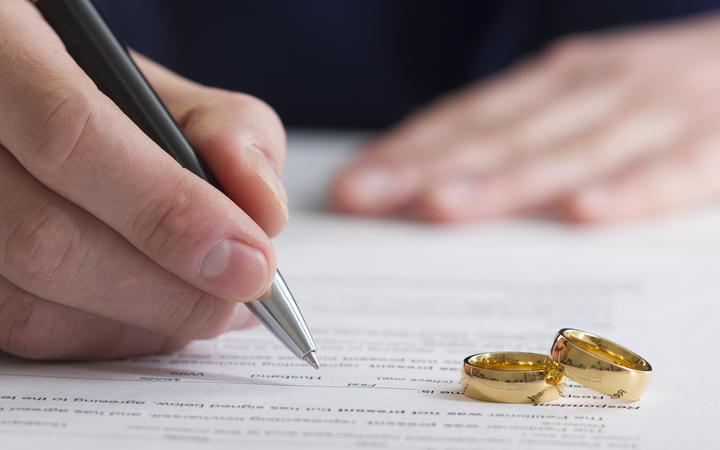 Court staff across New Zealand stopped conducting registry weddings in July, with couples instead being married by an independent wedding celebrant.

That left the only registry weddings available at the Department of Internal Affairs offices in Auckland, Wellington and Christchurch - but they too are being given the axe.

From 2020, couples in the capital will no longer be able to have a registry wedding at the Department of Internal Affairs offices, with Auckland and Christchurch expected to follow suit later in the year.

Births, Deaths and Marriages registrar-general Jeff Montgomery said celebrants were offering a $90 service - the same price as a registry wedding - on weekdays during business hours, with a handful of family and friends.

He said the change had worked well, with the 150 such smaller weddings so far offering a much more personalised environment.

"It's been really good, we've had stories about couples who've got married in the celebrant's garden, they've had their photos taken with the celebrant and the celebrant's dog. So they're really low-key, informal events where the legalities are done quickly and at low cost," he said.

It also made it easier for couples to access registry weddings.

"So now rather than being provided at the 49 courthouses around the country, you can have a registry wedding basically anywhere you like and some of the celebrants are located in places where courthouses never existed. So we've essentially extended the service to cover a much broader part of the population," he said.

In some courthouses it was only one or two weddings a year, he said.