Immigration advisers say too many couples are being kept apart because officials are taking a tougher line on partnership and visitor visas. 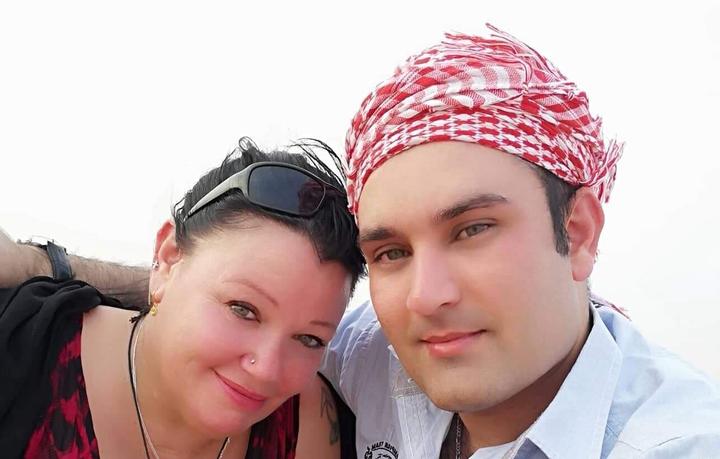 Lisa Petersen, from Whangārei, and her Pakistani partner Babar Khan, who lives in Dubai, met online in 2016. Photo: Supplied to RNZ by Lisa Petersen

But the immigration minister says those visas can pose a significant fraud risk, and officials are working hard to make consistent decisions in a subjective and culturally diverse area.

A survey of immigration advisers and lawyers last month suggested 96 percent had a negative experience with partnership applications being processed at the Mumbai branch, amid reports of judgmental feedback and lack of cooperation from case officers.

A third of immigration advisers said their applications had been rejected due to the nature of arranged marriages, showing what the Association for Migration and Investment (NZAMI) described as "a complete disregard for cultural practices".

Meanwhile 8200 temporary partnership applications are caught in a processing backlog and more than 6000 partnership residence visas are waiting to be decided.

New partnership applications are being sent for processing in Hamilton from this weekend.

But there are concerns genuine couples have been turned down since partnership applications from Nepal, Sri Lanka and Bangladesh were moved there from the previous processing branch in Mumbai last month.

NZAMI's policy chairperson, Arunima Dhingra, said in other cases, long-standing partners and spouses of work and student visa holders were being told they could not get visitor visas because of concerns about their bona fides.

That would include immigration being satisfied they would accompany their partner when they left the country.

New Zealand attracted workers and students with the promise of such visas and for some it was a false hope, she said.

"There needs to be a lot more clarity into what's going on and why this is being done," she said. "And what's expected and what is not expected so that people, if they're not eligible, they're not going to get it, they don't end up just applying, waiting nine months in the queue and during that time, they've been living apart much longer and then they get a decline.

"People are hurting, they're really hurting, people are really traumatised by all of this. And cultures work very differently, the partner that's left in countries like India and the other partner's returned here, that person has got a lot of social stigma to deal with."

Hundreds of partnership applications were reassessed after similar complaints to the Ombudsman sparked a review six years ago, she said.

The problem was compounded by a backlog caused by rising visa numbers and an agency restructure.

Some were overseas-born visa holders who had married overseas, some were in arranged marriages and others were New Zealanders wanting their foreign partner to join them.

Lisa Petersen, from Whangārei, and her Pakistani partner Babar Khan, who lives in Dubai, met online in 2016.

Even her immigration adviser was surprised after four applications were rejected, including ones for short visits, she said.

"He's never seen a person have to provide so many documents after four applications, so many things," she said. "They're not looking at it like okay, we're getting a visitor visa. He comes from Pakistan and the lawyers I've spoken to have said it's hard for Pakistanis to get a visa, it's really hard for them."

Immigration argued he had no significant ties to give them confidence he would return to his home country, she said, but he owns land in Pakistan, and he has been in the same security job for seven years.

It is a common Catch 22 situation, say advisers - for couples who are unable to show they have lived together for a long period because immigration stops them from living together in New Zealand.

Some immigration advisers are concerned that Hamilton is not prepared for its new applications, although immigrants may at least expect quicker decisions.

An NZAMI director, Vandana Rai, said it appeared the knowledge transfer and cultural intelligence from the former offices in the Indian sub-continent to Hamilton might take more time.

"It's really difficult for one person to understand one country which has got so much cultural diversity," she said. "How do we expect one officer to know the cultural diversity across the globe from where all the migrants are coming from?"

Delhi had been approving visitor visas to partners, to give couples the opportunity to live together in New Zealand before proceeding to residence visas, she said.

That processing office closed in an INZ restructure, with work transferred to Mumbai and now from there to Hamilton.

There were concerns genuine applications would fail, she said, but also that fraudulent ones might slip through.

"If the case officer doesn't have that cultural knowledge, probably looking at the photographs, it may look like a genuine wedding," she said.

"But because those few rituals are missing in those photographs, which are really very difficult for somebody who doesn't have that background to understand, they can miss those things."

Cultural practices even within Indian states, castes and religions varied greatly, let alone across Asia and the Middle East, she said, and new staff would need help picking up on those details.

"You're trying to assess all manner of different cultural practices, all manner of different approaches to relationship, the idea of relationship, the idea of marriage," he said. "Immigration officers are trying to work their way through a lot of variation there and apply a consistent approach in what is quite a subjective area."

Partnership visas posed a significant risk of fraud, he said, describing them as a "visa of last resort" for some people who wanted to settle in New Zealand.

INZ figures show 10 out of 87 applications for culturally-arranged marriage visas - for people coming to New Zealand to marry citizens or residents here - were approved so far this year. That compares to more than half of applications accepted in the previous four years.

In a statement, INZ manager Michael Carley said it had not changed its immigration instructions but did send out guidance in May to ensure immigration officers made consistent decisions.

"If the applicant has been living apart from their partner for any significant period of time during their relationship, they must also provide evidence of the length of any periods of separation, the reasons for them, and how their relationship was maintained during those periods.

"INZ would not expect couples applying under a culturally arranged marriage visa to have lived together prior to marriage, and applicants must meet the specific requirements relevant to this category which are set out in immigration instructions."