Residents in parts of the South Island woke to strange yellow skies as smoke from Australia's Bushfires drifts over New Zealand. 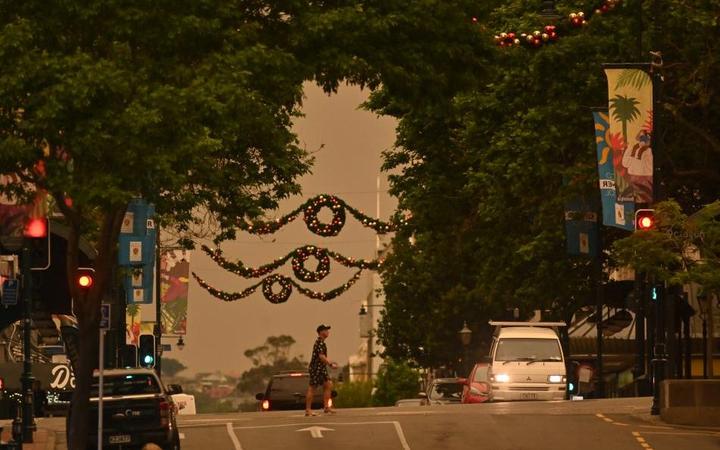 The combination of cloudy skies and the yellow-tinged smokey haze made for darker than usual conditions, with some drivers in Dunedin still using their headlights at 9am.

By 10.45am it had got even darker in Dunedin with conditions similar to twilight only sepia-toned. Some residents on social media said they were turning their lights on inside their homes.

It had lightened up somewhat by noon.

There is also a smell of smoke in the city and in other parts of the South Island. 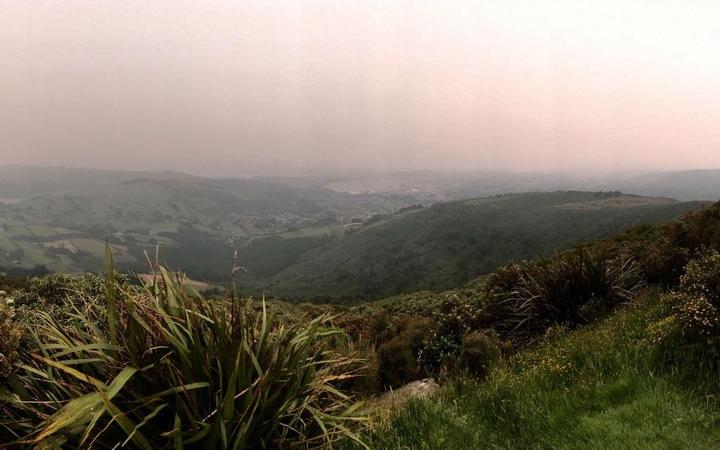 One asthma sufferer told the Otago Daily Times they would not be venturing outside today because of the risk the smoke would cause respiratory issues.

Paul Bonner told the ODT that smoke was covering mountain tops in Queesntown and made for hazy-yellow skies in Cromwell.

He said smoke could be smelt and tasted in Queenstown, which could be problematic for asthmatics.

Bush fire smoke has arrived in Wanaka. Sunny pic from a couple of days ago #Bushfires pic.twitter.com/nowwPj3kR1

In response to one of the shared images, the MetService said the smoke from the Australia bushfires was "a bit thicker than we've seen so far in the south of the South Island".

The smoke has dragged across the Tasman and has already hit the South Island, making our sunsets there slightly redder, Lee said.

Smoke which has travelled around 2,000km across the Tasman Sea can clearly be seen over the lower South Island. Visibility in the smoke haze is as low as 10km in the worst affected areas. Southwesterlies are expected to gradually flush the smoke laden air away from late today ^AC pic.twitter.com/C5k0D4xvyu

A SnapitHD webcam captured the hazy sunrise over Wanaka this morning which many others across the country also experienced. This is due to smoke from the Australian bush fires being carried across the Tasman by an unbroken northwest flow. ^AC pic.twitter.com/Bo5T8LgOuJ

It will move up the North Island in a few days but linger over the country until the weekend when a front will sweep it away.

The visiting smoke won't affect temperatures, but the northwest winds also visiting from across the Tasman may make overnight temperatures warmer.

- This story first appeared on the Otago Daily Times website with additional reporting from the NZ Herald.