The wife of a young father who died while trying to defend his property against a bushfire on the NSW South Coast in Australia has paid emotional tribute to him, telling friends "we are broken". 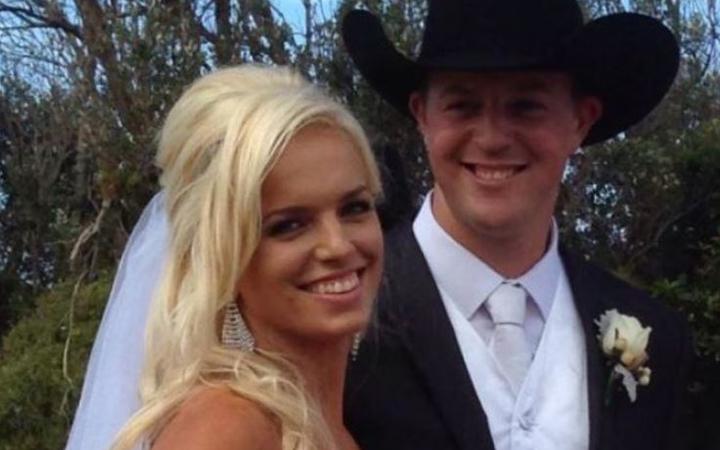 Patrick Salway, 29 and his father Robert, 63, stayed at the family property at Wandella, about 10-kilometres north-west of Cobargo as the Badja Forest Road fire approached on Monday night.

Police said Patrick's mother discovered the men's bodies when she returned to the burnt-out property.

Patrick's wife, Renee, posted a tribute to him on Facebook on Tuesday evening:

"I love you now, I love you still, I always have and I always will. I will see you again Patrick, my best friend. Hope you are up there 'fixing things in the stars tonight'."

Ms Salway thanked those who had sent their condolences.

"We are broken," she wrote.

The couple married in 2014 and have a young son.

A friend, Andrew Thorek, described Patrick as "an amazing man who brought so much joy and laughter to everyone".

"You don't have to stay strong Renee, but know you aren't alone," he posted on Facebook.

Another friend, Melissa Corbett, wrote that Patrick, like his father Robert, had "a heart of gold".

The Badja Forest Rd fire has burnt through more than 82,000 hectares in the Snowy Monaro Local Government Area.

The main street of Cobargo was engulfed by flames, with the NSW Rural Fire Service estimating dozens of buildings in the historic village were destroyed.