Santa and Wellington City Council are both keeping a list, but the council's is quite different. 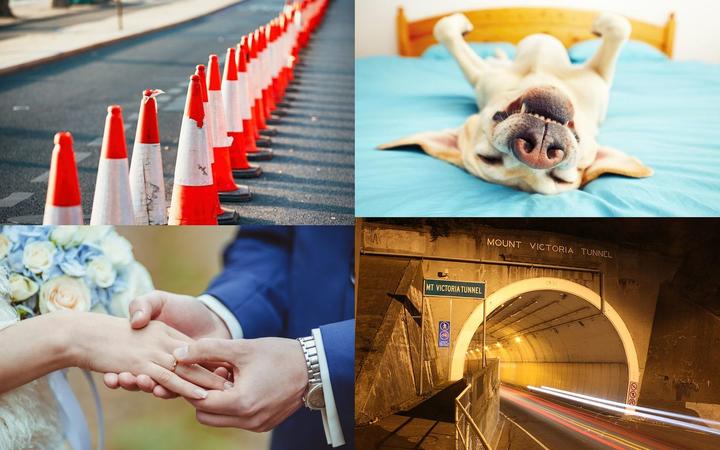 What do you do with all those road cones, where do you get a wife, what do you do about your dog's name, and why do people toot in the Mt Vic tunnel? Photo: RNZ

Instead of who has been naughty and who has been nice, the council has compiled a list of the weirdest requests at its contact centre.

"I personally like number eight: I've been clearing up my flat and I've found a lot of give way signs and traffic cones and they want to know whether the council can come pick them up," Mr MacLean said.

"One of the other mad ones: Hello, is this the number I ring to get a wife?

"It's certainly not. At council, we do rates, roads and rats but we certainly don't do marriage work."

Number two on the list is a question asking why drivers toot in the Mt Victoria tunnel, which connects Hataitai to the centre of Wellington.

"According to local legend, it's to pay tribute to a young woman who was murdered in the late 1920s or early 1930s I think, just as Mt Vic tunnel was being built. Her killer buried her body just near the Mt Vic tunnel.

"If you toot you basically scare her spirit away."

Another fairly dark question involved what to do with a dead horse in one's back yard.

"That's a good question and usually it just involves a fork lift or a whole lot of very strong people who can actually get a dead horse on the back of a truck.

"You would be surprised how many dead horses we end up with at the landfill, for example."

On the lighter side was a question about what to do when your dog's name isn't on the top 10 list of the most popular names that dogs are registered with in the city.

"The number one name is the fairly prosaic Charlie, followed by Bella and then they're fairly traditional names... Poppy, Molly, Coco.

"There seems to be a trend towards more formal dog names. I've got a mate who's got a dog and he's called it Kevin.

"I think there are very few Kevins, because it's a new trend," Mr MacLean said.