The Christchurch City Council has voted 15 to 1 to accept an investment case to build a new, $470 million, multi-use arena. 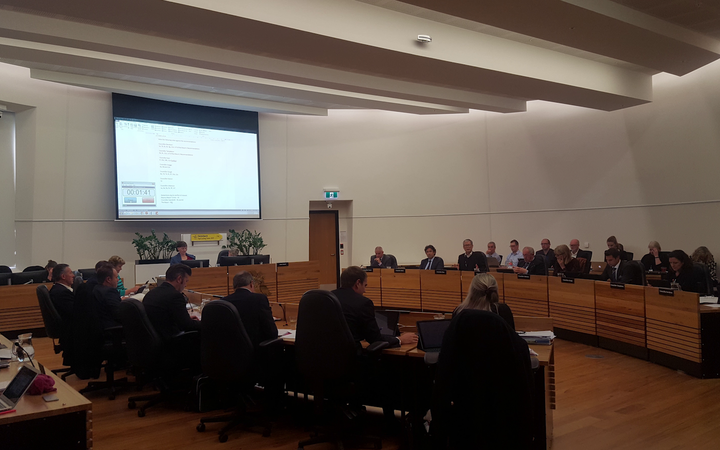 The investment case, which cost ratepayers $3m and took a year to prepare, found that a covered 25,000 seat multi-use arena was the best option for the city.

The report also found however that the stadium would cost close to $70m more than the projected economic benefits it would bring to the city over a 30-year period.

The investment case also said it would cost the council $4.2 million a year to maintain. For homeowners, that would mean $80 from their rates bill every year going towards the stadium's upkeep.

Despite this, Christchurch City Councillors voted overwhelmingly to accept the investment case.

Mayor Lianne Dalziel, who supported the investment case, said the stadium would be a game changer for the city.

"We will be attracting events we cannot attract now."

She said if the stadium was built right it could attract major acts such as Adele.

Councillor Yani Johanson was the lone dissenting voice in the council chambers today.

During the debate, he said he would vote against the investment case because there were big questions that still needed to be answered.

"I think for me one of those is the incentives fund - we're projecting to spend an additional $56m over the life of this stadium on bid incentives, that's a huge cost.

"There's also the issue [of if] it's too small to attract tier-one events.

"We have no commitment from New Zealand Rugby for any future All Blacks tests, and I think that is a real shame."

Mr Yohanson also had concerns about the declining rates of attendance at professional rugby matches.

"The financial reality for us as a city is we cannot continue to subsidise professional sports with a populations base of just over 400,000."

He said he thought the most sensible thing to do was to build a stadium where the former one stood at Lancaster Park.

EY senior manager Adam Naiman, who was part of the team that put together the investment case, talked up the benefits of the stadium.

"This arena is projected to bring $396 million of economic benefit to the city of Christchurch and the region of Canterbury [over a 30 year period]."

He said the money would come from direct ticket sales, tourists spending in Christchurch during events, and civic pride.

Mr Naiman said despite the $4.2m cost of operating the stadium each year, a facility like the one being proposed was not built to make a profit for the council.

"It's built for the reasons of civic pride and for economic regeneration and economic vitality."

The report received strong support from key stakeholders in the city such as the ChristchurchNZ, the Crusaders rugby franchise and the Canterbury Chamber of Commerce.

Chamber of Commerce chief executive Leeann Watson told councillors businesses that invested in the city after the earthquakes were owed the stadium.

"Not supporting the investment case for the multi-use arena is not an option for the city, for our region, for our residents and for our business community.

"They not only deserve to have this facility, they are relying on this key anchor project."

She said the arena would attract more tourists to the city and drive economic activity.

The case will now go before the government who will decide whether to approve the $220m it has earmarked for the project.