The new head of the Christchurch City Council says she is used to the challenge of having to work with multiple agencies when managing a city. 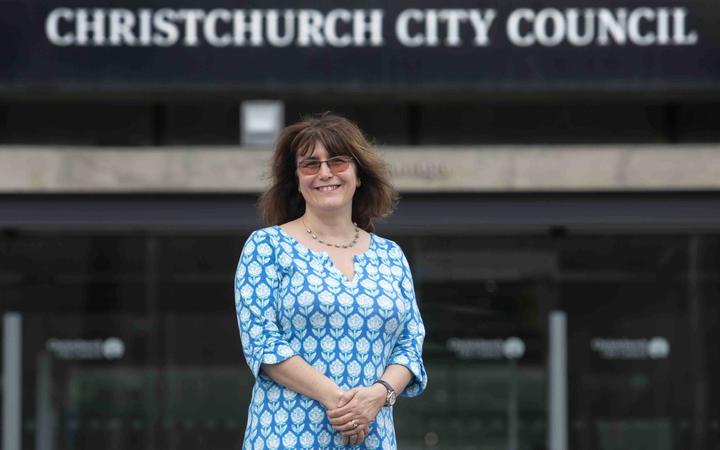 Mrs Baxendale says she doesn't think it will be a disadvantage to work alongside the government, government agency Ōtākaro, and the joint government and council appointed Regenerate Christchurch.

"Local government in the UK is very similar to here in that respect, there are many different partners involved in decision-making.

"But what you've got to do is create a win-win, and I have a reputation for doing that."

Dawn Baxendale said what was important was to get the balance between the parties right.

After nine years as the Southampton City Council chief executive she had only been in the role in Birmingham for a year and a half before she made the move to Christchurch.

She said she and her family had long been interested in moving to New Zealand, and the Christchurch job was a opportunity that she couldn't pass up.

"There are only a handful of jobs in the world that give you an opportunity to completely reshape a city, and that's this job. And it's a fantastic opportunity, and when it comes along you can't do anything but have a go at it."

She said she didn't see the rebuild as just about the physical aspects, but also about creating opportunities for residents, and to create a sense of 'place'.

She said so far she can tell that key issues for people are water, infrastructure, sustainability, public transport and the multi-use stadium.

Mrs Baxendale said in her first week in the job her focus had been on getting briefed on the issues, and inducting the new council.

She is also keen to get out of the office and meet people.

"I don't like ivory towers, and I don't sit in offices by myself."

Mrs Baxendale said a personal goal of hers was to learn Te Reo, and to get a better understanding of the Māori culture.

In 2011 there were protests outside the Christchurch City Council building when the then-chief executive, Tony Marryatt received a $68,000 payrise, taking his total pay to $470,000. In 2013 Mr Marryatt resigned after taking responsibility for the council losing its building consents accreditation.

At the time Mr Marryatt was the highest paid council executive in the country.

He was replaced by Karleen Edwards, who received $415,000 in her final year in the role.

Mrs Baxendale said it was not unusual for there to be discontent about a public servant's pay. She said fundamentally she has taken a pay cut to take on the role, but said it was about the job not the money.

During her time in charge of the Birmingham council it was criticised in a government-ordered report over its "denial, defensiveness and push-back about the extent of its problems, risks and challenges".

This included the failure to come up with $200 million it had promised to raise for the 2022 Commonwealth Games and two expensive rounds of strikes by rubbish collectors.