Auckland commuters will be able to catch the bus again tomorrow - with drivers back behind the wheel after taking strike action. 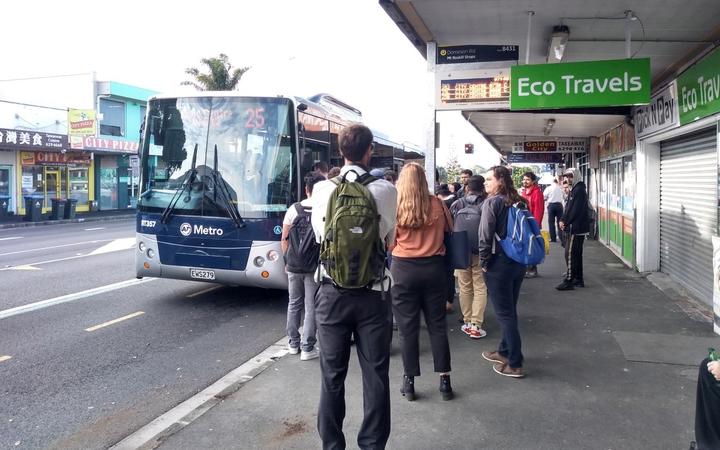 More than 50 bus routes operated by NZ Bus were cancelled this week when the company suspended drivers who had been refusing to collect fares.

With bus drivers back on board, a disruptive week for thousands of Auckland commuters will come to an end.

"The services will start resuming from 4am tomorrow morning it will be business as usual - all services will operate including school bus services.

"We'd like to thank people for the patient during this period."

Today at an Auckland Council Governing Body meeting councillors voted in support of a resolution for more direct involvement in resolving any ongoing dispute between unions and NZ Bus from Auckland Transport and the Minister of Transport.

"Essentially today a council resolution was passed that they would intervene in the dispute and find and interim solution and also was for funding and resolving the longer-term issues around the industry."

Abbott said he was glad the council was stepping up and taking responsibility.

"Our drivers are really grateful to the councillors who voted unanimously in favour of this resolution - it's been a really tough week for them."

"We're very disappointed that the one or two unions have chosen to be so militant and have chosen such strong action."

Borren said bus drivers had increases in pay in the past 12 months.

First Union said Negotiations with NZ Bus will continue this afternoon and over the coming days with the aim of reaching a resolution.

Thousands of commuters have been affected this week by the cancellation of services.

During the lockout a small number of replacement services have been run on the routes by Ritchies.

Drivers have been pushing for better wages and conditions and have been holding pickets and marches around the city.

Negotiations between NZ Bus and First Union on Sunday and Monday failed to reach any resolution to the long-running dispute.