Chief Coroner Judge Deborah Marshall has declared the Whakaari / White Island eruption as a mass fatality incident and three coroners in Auckland will begin working on the identification of the victims of the disaster.

The chief coroner and Acting Assistant Commissioner Bruce Bird have addressed the media about the identification and coronial processes following the eruption.

A sixth person who was evacuated from Whakaari/White Island on Monday died yesterday, and eight others are presumed to have died on the island.

Bird said an internationally approved process for disaster victim identification is being followed and it is a stringent process which can take some time.

He said the names of the victims will be released as soon as the formal identification process has taken place.

The bodies of people killed in the eruption have been flown to Auckland for post-mortem examinations.

Bird said three coroners in Auckland will be working on identifying the victims.

"This is because we are conscious of returning loved ones to their families, wherever their families are as soon as possible. We believe the expertise and numbers of pathologists based in Auckland can ensure the process is smooth, accurate and as swift as possible." 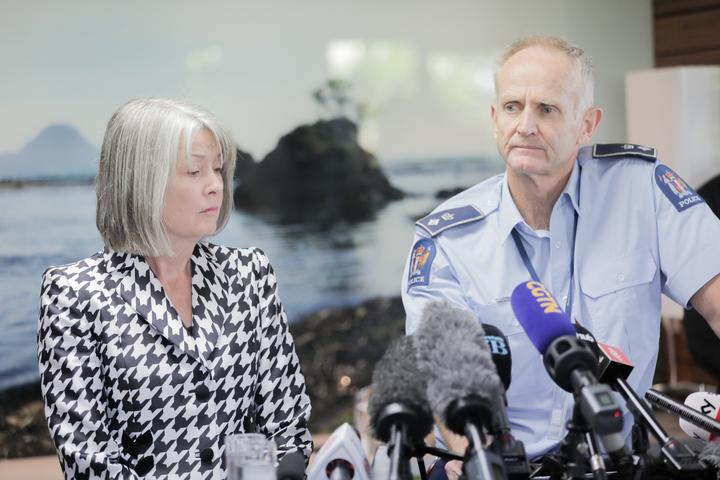 Bird said police cannot confirm the nationalities of the deceased until they have been formally identified.

He said a decision has not yet been made on when the bodies on the island will be recovered.

Marshall said there are a number of stages to identifying the victims, which includes assessing information gathered prior to the person's suspected death such as what they were wearing at the time of the disaster and any identifying tattoos or scars. She said it's hoped people at the scene will be able to gather evidence and the pathologists will also gather information during the post-mortem examination.