A decision on whether to demolish Napier's civic building and library has been put off after doubts were raised about whether it was severely earthquake-prone as previously thought. 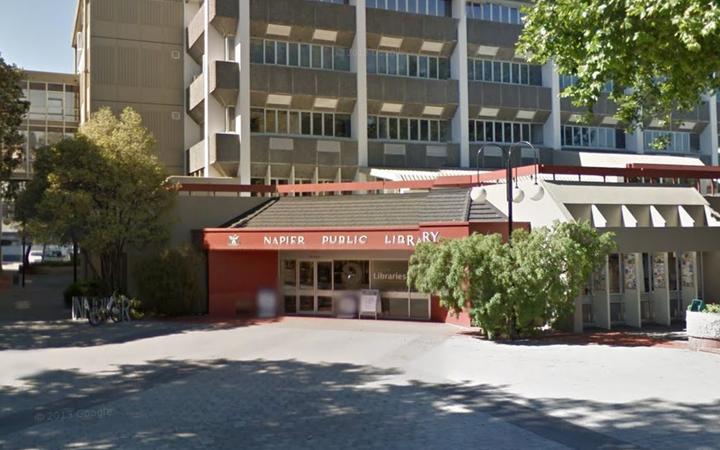 Both buildings have been empty since 2017 after an assessment found them to be earthquake prone and council staff have recommended demolishing both so the site could be sold or leased to a hotel company.

The 2017 Strata assessment found the civic building only met 10 percent of legal requirements for earthquake strength under the New Building Standards, while the library only met 15 percent.

However, former top EQC structural engineer Graeme Robinson told councillors this morning that his own assessment of the building in 2010 found it fully complied with earthquake standards.

"I assessed the main office building at not less than 100 percent of the New Building Standard for current earthquake design loadings, and I found that the council chambers had some structural limitations, so I recommended that it should be strengthened or demolished within 20 years."

The Strata report recommended the building be strengthened or demolished within 7.5 years, but it did not explain the level of "earthquake horizontal force" applied in its calculations, Mr Robinson said

"That is a fundamental issue I have with that Strata report. Without identifying the level of horizontal force that a new building of the same style would now be designed to resist, it is impossible to stats what percentage of that horizontal force would cause the building to collapse."

Strata appeared to have identified two columns that were expected to fail in an earthquake, despite rigid walls absorbing the bulk of the shocks, he said.

"And it is only after they have yielded and deflected sideways by significant distances that the flexible columns will be called upon to resist horizontal forces."

"The Strata assessment appears to reverse this sequence of structural failure," he said.

The Strata report also calculated that the building would collapse at a very low-level of shaking, yet it had survived four large earthquakes since it was constructed in 1968, Mr Robinson said.

Napier City Council's director of city strategy Richard Munneke told councillors the proposal to demolish the civic building was not around seismic strengthening, but that it was no longer fit for purpose.

"The civic building was prohibitively expensive to get up to modern building standards. It was decided we could sell the site for other purposes ... the demolition is one step in that process and no hotel to date has wanted anything to do with the current building in terms of building a hotel on that site," he said.

The council was in discussions with a hotel group to sell or lease the site, it confirmed.

However, in light of Graeme Robinson's report the council voted to delay its decision until the next council meeting on December 19.