An unsafe bridge that has forced families to carry the bodies of their relatives nearly a kilometre on foot for burial to their urupā is a step closer to being repaired, after Wairoa District Council determined it is the legal owner. 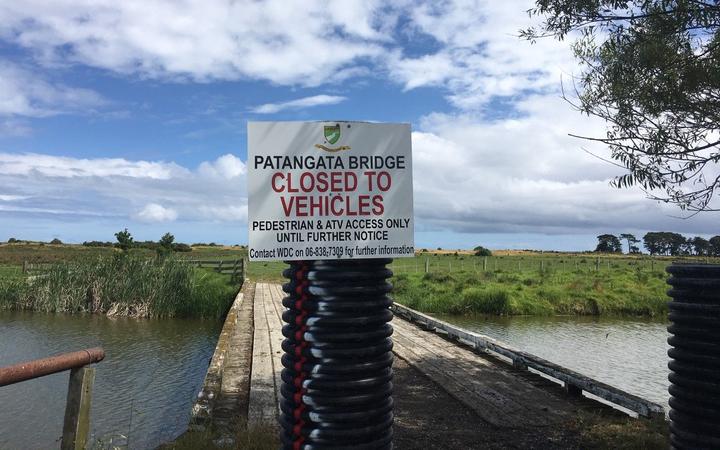 The determination means the council can now apply for Transport Agency funding to repair Patangata Bridge, which it estimated could cost up to $500,000 to fix.

The bridge had been closed to cars since August after being deemed structurally unsafe, blocking access to three urupā down the road. Only farm bikes or motorbikes were permitted.

Its repair had been delayed by questions over who the legal owner was and therefore who was responsible for paying for it, prompting some mana whenua to suggest they would picket the council in protest if it was not fixed soon.

"The council has now determined that it is the legal owner, which means we can now hopefully look at subsidies from NZTA," Wairoa Mayor Craig Little said.

Mr Craig said the council would not be able to afford to fix it without the subsidies, despite the bridge's closure having a significant impact on mana whenua.

Two large concrete-filled bollards now block cars from using the bridge and those transporting coffins to the urupā on the other side have been forced to hoist them over the bollards and either take them on foot, or use quad bikes.

"They can get across the bridge but it's not a very respectful way to have to carry your deceased. So we are working on it now and we will get there," Mr Little said.

Engineers were now preparing a plan to fix the bridge, he said.

Carren Busing, whose whānau had to recently carry a relative on foot over the bridge, said she was happy the council had listened to mana whenua's concerns.

"This has been going on for a while, so we just need to make sure it keeps progressing and the engineers now come up with a plan on how to fix it."

Once the bridge was fixed, she would like to see a re-opening ceremony as an opportunity to bring mana whenua and council together, she said.