A Hawke's Bay avocado grower is in disbelief after 50 trees were completely stripped of their fruit. 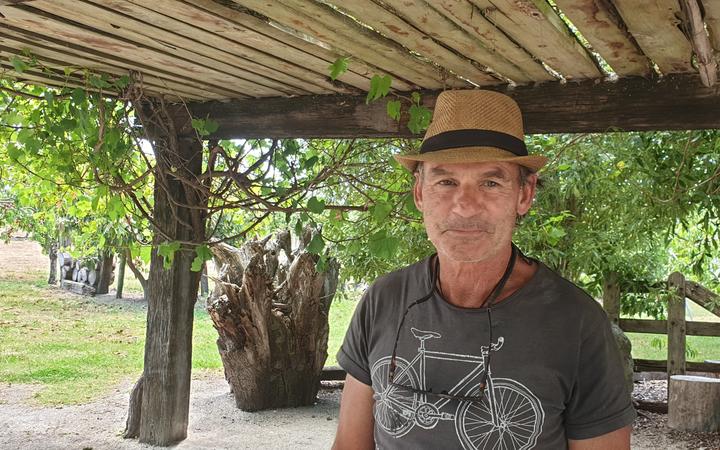 It comes as the Avocado Association is warning growers to keep a closer watch over their crops following a spate of thefts around the country.

Hamish Jardine, owner and winemaker of Crab Farm Winery in Napier, said the theft on his Bay View orchard was particularly gutting because it had been a bumper crop.

"We saw the fence cut and branches broken and it stood to reason what had happened, someone had just come in and cleaned us out," he said.

He said each tree was carrying around 40kg of fruit, but it wasn't until Sunday evening that he noticed it was all gone.

"I had been doing a little bit of weed-spraying down there last week and I went down there and there was a flat-deck white ute parked around where the fence was cut. I thought that looked a bit odd, but the thing is people go down there and they fish and swim.

"I went around where the trees are and had a bit of a look around and nothing showed up and then I went back to what I was doing on the other side and sprayed for about a half an hour, and then went back to have another look and the ute was gone, so I must have spooked whoever it was and they left and obviously they came back.

"So they were possibly taking them over a period of time."

He said the Avocado Association contacted him after news of the theft and told him he was definitely not alone in experiencing this type of crime. Mr Jardine said measures would now be taken to minimise the risk of it happening again.

"We were just disappointed, sad and angry and then you know that you have to take measures really to strengthen up your security and work out a few ways so it doesn't happen next time. We're going to have to start gating and possibly but up some cameras."

Hawke's Bay Police are urging avocado lovers to be on the lookout for suspicious sellers of the fruit.