The outgoing chair of the Hawke's Bay District Health Board says he's disappointed and embarrassed his future role as chair is being played out in the media, with no communication from the Health Minister.

"Basically, I got his affirmation that if re-elected he had confidence in re-appointing me as chair."

Kevin Atkinson was subsequently the top polling candidate in the DHB elections, but said he had "not heard from the Minister since."

Reports that the Minister was now considering another candidate for the role chair were "disappointing," he said.

"I can only go back to that conversation with the Minister on August 14, that seems to be in complete conflict with the stories going around."

"I find it disappointing that after giving 20 years service to the organisation, 19 of those as chair, that I'm personally put a situation like this at the moment," he said.

Outgoing board member and former Napier Mayor Barbara Arnott also expressed disappointment in the lack of communication from the government about the board's future and whether a new chair would be appointed.

"I think it's unconscionable, if this is exactly what the government is going to do.

Māori banker Shayne Walker was tipped to replace Mr Atkinson, but concerns about his lack of governance experience meant he did not have the endorsement from many of the region's leaders, including Ngāti Kahungunu.

The wait meant the DHB held its first meeting today, nearly two months after the local body elections, without a new chair or government appointees.

Seven board members were elected at the local body elections on 12 October. The government appoints a further four, including a chair.

Nearly two months has passed with no official word on who those government appointees will be.

Due to retire at the election, Mr Atkinson was shoulder-tapped by Health Minister David Clark asking him to re-stand on the basis he would be appointed as chair for another term.

However, Mr Walker's name was subsequently put forward as a possible candidate by the Prime Minister's advisor Julia Haydon Carr, who had previously worked with him at Hawke's Bay District Health Board.

Mr Walker, BNZ's head of Māori Business, did not respond to requests for comment.

Hastings District Councillor Bayden Barber, who was also chair of the primary health organisation Hawke's Bay Health, was also considered as a potential candidate for chair, though was understood to no longer be in the running.

The wait for a new chair was "completely unacceptable" considering the challenges the new board faced, Tukituki MP Lawrence Yule said.

"The Hawke's Bay DHB currently has an interim CEO, two other senior executive roles in finance and operations are on leave or not being filled, so I think the minister has been incredibly slack."

"Two months on there has been no word on who the government appointees are. It's completely unacceptable."

Those senior positions cannot be filled until a new chair is in place. 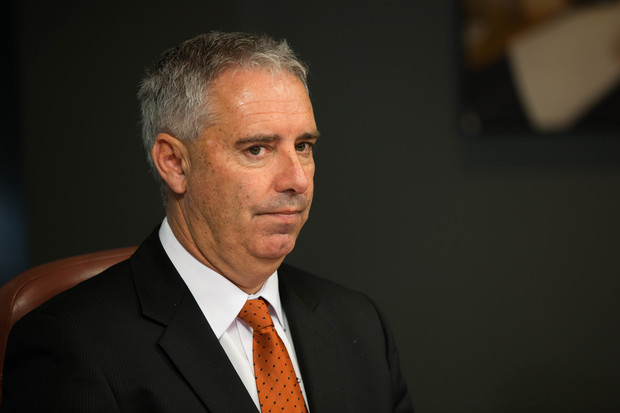 Mr Yule said the DHB was also facing rising debt, staff pressures and long elective waiting times, which could not be tackled effectively until a full board and executives were appointed.

A spokesperson for Mr Clark said there was "no delay", because there was a formal appointment process to go through, and an announcement would be made in early December.

On 11 October, a day before the local body elections, the region's mayors and Hawke's Bay Regional Council chair wrote to Mr Clark urging him to ensure a speedy appointment of a new DHB chair and chief executive to help overturn the region's dire health statistics.

"The use of cannabis in Hawke's Bay remains significantly higher than the rest of New Zealand and synthetic substances are a serious concern.

The leaders were "ashamed" that so many children lived below the poverty line, 22 percent of young Māori were not in employment or training and the suicide rate was at its highest rate."

"The appointment of chair and ceo of the Hawke's Bay District Health Board is critically significant to the future vision, leadership and outcomes of Hawke's Bay," the letter said.