Preparations are under way at the Waitangi Treaty Grounds for the historic visit today by Prince Charles and Camilla, Duchess of Cornwall. 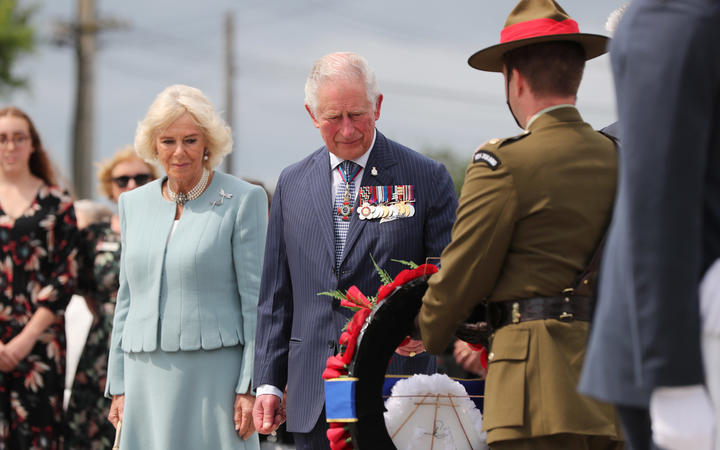 It's been 25 years since Charles or any member of the royal family visited Waitangi - and the day is expected to draw together the who's who of the north.

The last royal visit to Waitangi was in 1994. In 1990, a wet T-shirt was thrown at Charles' mother Queen Elizabeth as she sat in a car when visiting to commemorate 150 years of the signing of the Treaty of Waitangi.

Organisers are expecting a relaxed, happy occasion today, with some saying it will be a "classic jovial Ngāpuhi occasion".

The royal couple will visit the Treaty grounds today and the grounds will be open to the public until midday.

Politicians and leaders from the north will be there and Prince Charles is likely to be flanked by the distinctive figure of Titewhai Harawira.

There will be a pōwhiri at Te Whare Rūnanga during which the Prince will speak from the mahau of the meeting house.

There will then be a tree planting ceremony, before Their Royal Highnesses are given a tour of the grounds and Te Kongahu Museum of Waitangi.

Minister for Māori-Crown relations Kelvin Davis told reporters this morning he was looking forward to speaking to the royal couple at Waitangi about the area's and his own family history connections to the royals through the Māori godson of Queen Victoria, Albert Victor Pomare.

Ngāpuhi couple, Hare and his pregnant wife Hariata Pomare, were in London in the 1860s and were presented to Queen Victoria; she indicated she would like to be godmother to a child from Aotearoa born in London.

The occasion will have a couple of significant faces missing. No event at Waitangi feels right without the late Pita Paraone, former chairperson of the Waitangi National Trust Board, who passed away this year - and of course Ngāpuhi elder Kingi Taurua - who always kept events at Waitangi honest and will be missed.

There are many tourists in town and hundreds are expected to witness the visit. There are schools from around the rohe expected to arrive as well.

Not everyone is impressed. At least some locals RNZ spoke to said the royals had little relevance to them and it was a waste of taxpayer money.