The death of Ngāpuhi elder Kingi Taurua is a huge loss, the prime minister says. 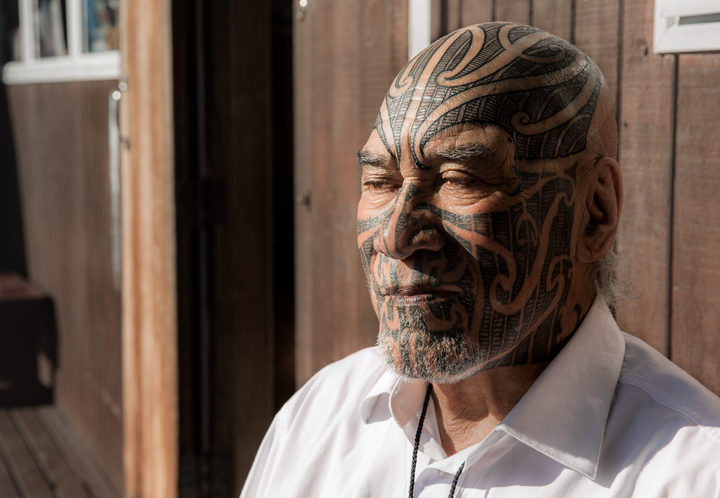 Mr Taurua has died after a short illness.

He was for many years the face of Waitangi Day protests at Te Tii Marae.

This year he led a small group of protesters onto the Treaty grounds where celebrations were being held, after a decision to shift the formal powhiri away from Te Tii. Organisers had lost patience with the annual scenes of chaos at the marae.

In 2016 Mr Taurua offered not to be part of the celebrations for the following year if that was what people wanted. But he said he would continue to be a thorn in the side of the government as long as it continued to undermine the Treaty and the 1835 declaration of independence.

Prime Minister Jacinda Ardern told Morning Report he was a huge figure with a huge history.

"He was someone who always challenged the Crown in a way that caused us to reflect on Waitangi - where we were in our relationship.

"He was a very iconic person and I see it as a huge loss."

Labour MP Peeni Henare, also from Ngāpuhi, knew Kingi Taurua well and told Morning Report he was an influential man and a figure that was unmistakable across the country, not only because of his mahi but because he wore a mataora, or a moko, on his face - making him readily identifiable everywhere and anywhere he went.

"He was a staunch advocate for the acknowledgments and the rights he fought for, that he believed were in the Treaty of Waitangi for our Māori people, right across the country but having said that ... he was also quite keen on biculturalism and a meaningful partnership recognised due to Te Tiriti o Waitangi," said Mr Henare.

"He was a staunch advocate for te reo Māori and his voice was heard across, not just the airwaves but television of course, for many, many years."

Mr Henare said of all of the principles Kingi Taurua believed in the Treaty of Waitangi, it was also the way he lived his life.

"With regard to te reo Māori he was an advocate for both languages but also ... he worked in the public sector, he took his Māori views into the public sector in the time where they weren't readily accepted - we're talking about the 80s and the early 90s and even up to 2000 actually, and that was important."

Details for the funeral arrangements are yet to be released.