Prince Charles and Camilla, Duchess of Cornwall, have been officially welcomed to New Zealand at Government House in Epsom. 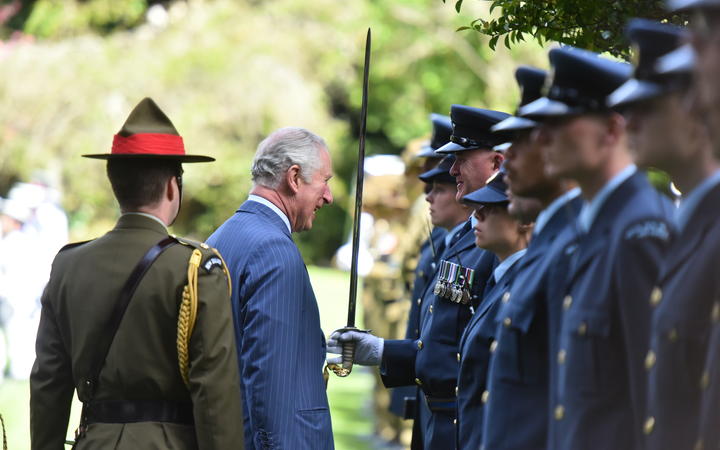 Prime Minister Jacinda Ardern and Governor General Dame Patsy Reddy were on the grounds, along with members of the New Zealand Armed Forces standing at attention.

Charles, Prince of Wales, and Camilla, Duchess of Wales, received a traditional Māori welcome provided by members of the armed forces with kaumātua and kuia.

The welcome consisted of the wero (challenge) where the warrior placed a dart on the ground for His Royal Highness to pick up.

A karanga and haka followed with the prince taking the Royal Salute. 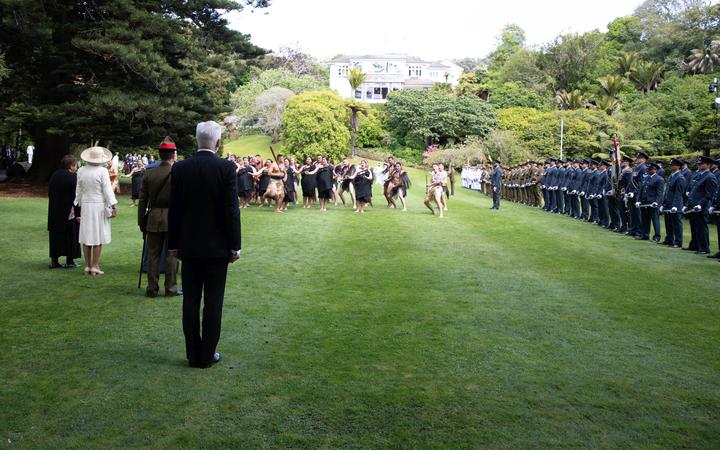 Prince Charles then inspected a line of armed forces personnel up in the grounds of Government House.

Along the walk of about 40 people, the prince stopped occasionally to speak briefly with a handful of armed forces personnel.

Dame Patsy Reddy stood behind Camilla, Duchess of Cornwall, near a plinth in front of the armed forces personnel. 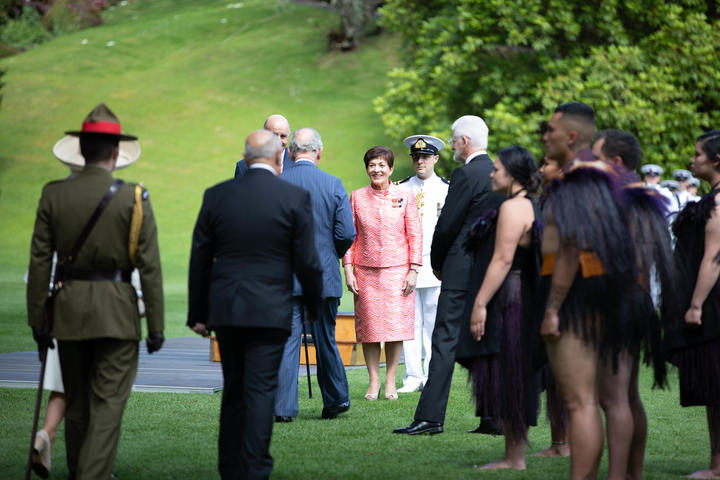 Prime Minister Jacinda Ardern and partner Clarke Gayford were also on the grounds.

Apart from the hustle and bustle of vehicles driving below Government House, only the singing of birds and slight chatter among the press contingent could be heard.

Security staff could also be seen littered throughout the grounds but, all in all, the day was peaceful and sunny in Epsom this morning.

Charles, Prince of Wales, shared a jovial moment with opposition leader Simon Bridges in front of media before a private meeting.

The pair shook hands before quietly exchanging a few words between themselves about the media - of which there were half a dozen people armed with cameras and microphones.

"Well, you must be used to it," Mr Bridges said.

"I'm sure you are," the prince replied.

"Not this many," Mr Bridges added. 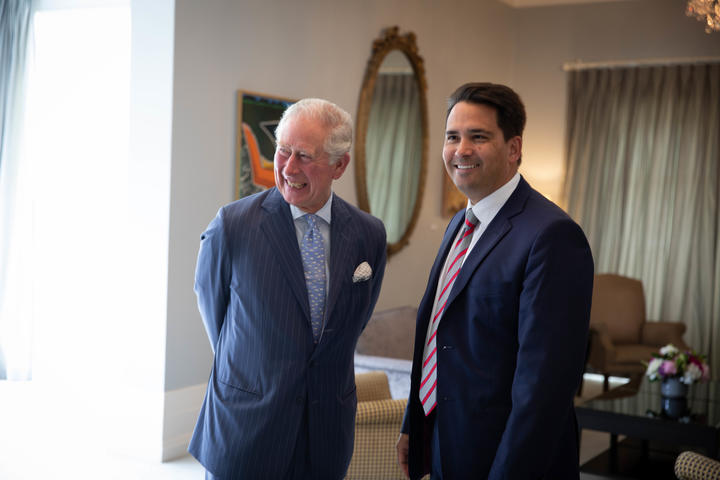 And as fast as the pair entered the room and shook hands, media were ushered out of the room.

When Mr Bridges left Government House he spoke briefly with media about his conversation with Prince Charles.

The leader of the opposition said the pair had a good conversation and he was surprised with his Royal Highness' knowledge of New Zealand matters.

They discussed briefly the future of the Commonwealth, trade and Bridges gave the prince a pot of honey from Mount Maunganui Golf Course. 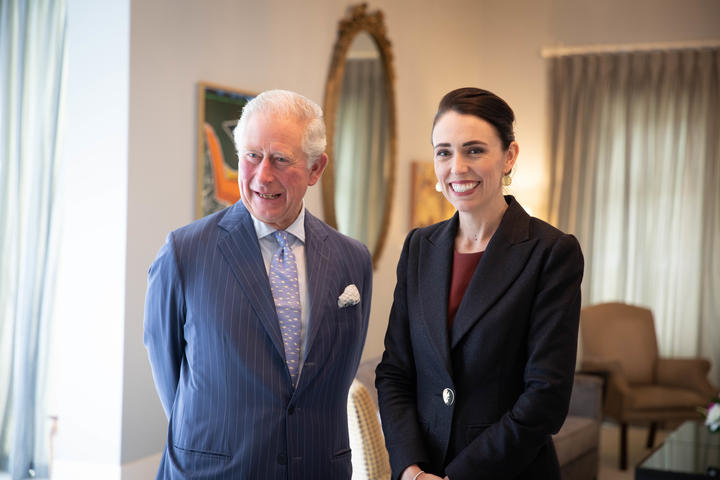 Prior to Ms Ardern's entrance he joked with media he hoped reporters had been offered a cup of tea.

He shook hands with Ms Ardern and thanked her for taking the time to meet with him given she had other duties.

The Prime Minister laughed and responded that meeting him was her duty.

In the morning, Duchess Camilla took part in a roundtable discussion organised by one of the country's largest domestic violence organisations, Shine.

Putting the spotlight on charities that support families affected by domestic violence has become a key focus of the Duchess' work, organising a reception at Clarence House in 2016 on family harm.

As she toured the Auckland premises the Duchess took time to share her own reflections about the blight of family violence in the United Kingdom after working with similar organisations back home.

"I actually sat down and listened to some of their stories and I was so horrified. It was really shocking," she said.

"Hopefully we can up the ante and raise awareness."

The duchess will also visit the Battered Women's Trust in Christchurch later in the week.

Shine general manager Jane Drumm said Duchess Camilla was interested in meeting up with organisations to find out what was happening in New Zealand.

"Here in New Zealand we have a huge problem, our statistics are absolutely shocking and I'm just really pleased that Her Royal Highness understands the importance of this and is using her ability to attract interest to highlight the issue," she said.

"To be a New Zealander is to know someone or be someone who has been affected by family violence."

A World Health Organisation report into domestic violence found one in three New Zealand women would experience physical or sexual abuse from a partner in their lifetime.

After the tour the duchess took part in a discussion behind closed doors with survivors and national campaigners rallying against violence in homes.

Miss Drumm said they talked of the importance of enhancing safety for victims of violence in the workplace, about culturally responsive services for Māori, and the introduction of strangulation as an offence and why it was important to single out this act of violence in the Crimes Act.

Alarmingly in just under a year since the law was amended a staggering five victims each day have come forward.