The battle over Ōwairaka is about more than trees 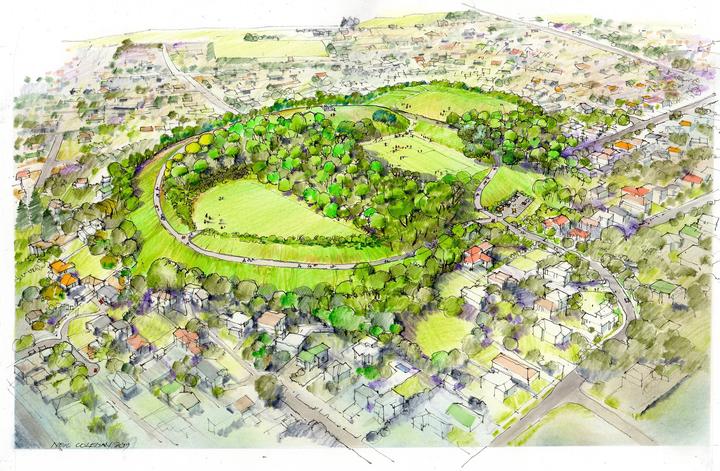 We’re now into the second week of protest over the removal of 345 exotic trees from the slopes of Ōwairaka/Mt Albert, and there’s no resolution in sight.

But this is not a surprise that’s been sprung on locals. The Tūpuna Maunga Authority (TMA) manages 14 of Auckland’s volcanic cones returned to mana whenua in 2014 in a Treaty settlement. It has plans to restore and revegetate all the sacred maunga and those plans haven’t been done by stealth – all the proper planning processes have been gone through, with the management plan publicly notified in April 2016. Public hui about the changes have been held over the last year.

Many locals though say they weren’t aware of the extent of the tree removal until workers arrived en masse, in the early hours of the morning, to start chopping.

And in a city that’s lost a huge amount of its mature urban forest through the removal of protection legislation, who wouldn’t protest?

Here’s a twist in the tale – The Tree Council isn’t protesting, and nor is Forest & Bird. Both back the iwi.

Tree Council chair Sean Freeman says he spends all his spare time fighting for trees in the city.

“Whether they’re individual trees, or groups of trees in parks, roadside trees … so of course it’s difficult and it’s painful. But if we’re to manage the urban forest in a modern city, you have to take a rational and logical approach to the way in which you weigh up decisions about what you’re going to do, and what you’re going to say is fine, and is not fine.

“I have that much respect for the passion that people demonstrate when they put themselves in jeopardy by breaking the law … so I have no massive negativity towards the protesters at all.

“But we stand with the iwi.

“There is an opportunity through what’s planned to make an immense difference to the environment in this city, and the Tree Council really hopes that that the Tūpuna Maunga Authority has the ability to fulfil the plans that it’s put forward.” 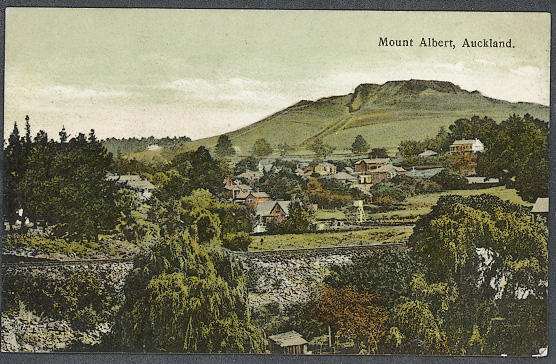 The cone of Mt Albert/Owairaka in a postcard from around 1910 Photo: C.O Hawke, New Plymouth

Freeman says if this plan goes to fruition the maunga will be beacons of natural ecosystems located within high density residential areas.

The tihi – summit area - of the maunga will be predominantly free of large vegetation, and will be grassed.

“One of the keystone elements of healing the maunga is to re-establish the visual connection between the maunga across the city from one maunga to another.”

Freeman says communication about what the TMA wants to do clearly hasn’t been totally successful.

“Hindsight’s always wonderful – it’s very difficult for any management authority to know with any certainty if it has communicated effectively, and the lack of response is often taken as acquiescence, whereas clearly this is not the case. It’s merely the fact that people aren’t aware.”

A letter drop is not the way the planning scheme works, but Freeman says in this case it might have been a good idea.

“They certainly tried, with their public hui that they ran following the hearing approval in 2016. But clearly that wasn’t effective either in communicating.”

Freeman says the Tree Council has received as much support as it has detractors over this issue, but the nastiness on social media has been “ridiculous”.

“Some individuals need to think very carefully about what it is they’re projecting when they say certain things about the Authority, and about their management plan and about their treaty settlement,” he says.

And the English-born New Zealand resident of seven years says we should be proud of our treaty settlements, and put them up on a pedestal.

“That kind of justice is not common.”