Owners of small-scale power schemes say some government policies aimed at achieving a key climate change goal were instead hindering its path. 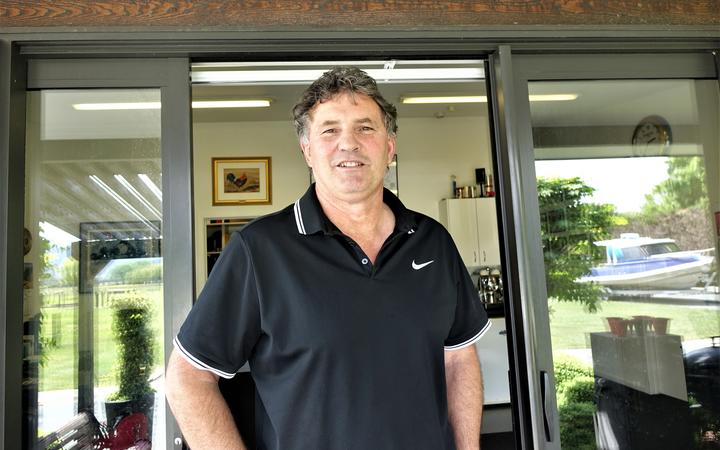 The Labour-led coalition has set a target of 100 percent renewable electricity by 2035.

The association of businesses that own and operate small, low-impact power schemes said they could help achieve that target but were being blocked by a network of conflicting policies.

Independent Electricity Generators Association secretary David Inch said for this reason it was hard to take the government seriously over its renewable energy targets.

Mr Inch heads New Zealand Energy, a Riwaka-based company that operates small hydro power schemes around the country. It had big plans for a future where communities bought and traded clean energy for houses and cars.

The electrical engineer turned business director said the road to this vision was being hampered by a growing mountain of policies that did not mesh, such as the freshwater policy review. He said it was well-intentioned, but would make the hurdles even higher for small-scale hydro schemes.

If government was serious about renewable energy and zero carbon targets, it needed to "bury bureaucracy, put aside egos and embrace cross party and cross agency co-operation," he said.

The association was not asking for any rules to be relaxed, he said. Part of what it wanted was for authorisation of small-scale, renewable power schemes to be removed from councils, and handed to a government-appointed decision-making panel.

Mr Inch said resource management rules were the law, but there was no consistency over how they were applied by councils around the country.

Coalition partner New Zealand First is to meet with the independent generators association this week.

Deputy leader Fletcher Tabuteau said they were looking at ways to support development of small-scale power generation schemes, which would form an important part of New Zealand's energy future.

"Essentially with small-scale generation you can build them close to where the demand for power is. In effect, you don't have to bring power across transmission lines from other parts of the country which is where losses occur."

Chief executive Kevin Hague said they were being dismantled in places overseas, and that a greater number of smaller schemes - especially "run-of-river" schemes - could be the way ahead, especially in New Zealand with its hydro, wind and solar potential.

"Maybe they have a point, that smaller schemes are going to be part of our energy future as well as other distributed generation, so generation that's occurring close to the points where people are actually consuming the electricity."

Mr Hague said the country faced some big questions about how to meet climate change goals when demand for electricity would only increase.

"If we're to get anywhere close to where we need to be, to tackle climate change, we are going to need to certainly increase the renewable energy that we have, but also to electrify processes like transport that currently are fuelled by fossil fuels."

Blockchain technology already in place overseas enables electricity to be used as a means of currency. Consumers are able to purchase energy directly from the grid, and trade what they do not need back to the grid, or with their neighbour.

"It may quite possibly be the means by which energy is measured and accounted for. Instead of converting Kwh (kilowatt per hour) to a currency, leave it as a kwh.

"You will have a ledger (blockchain) of what your Kwh balance is. Your photovoltaic panels will top it up, your house will draw it down, and your car might do either."