Prime Minister Jacinda Ardern has told world leaders at the UN Climate Action Summit that New Zealand is "determined" to be the most sustainable food producer in the world. 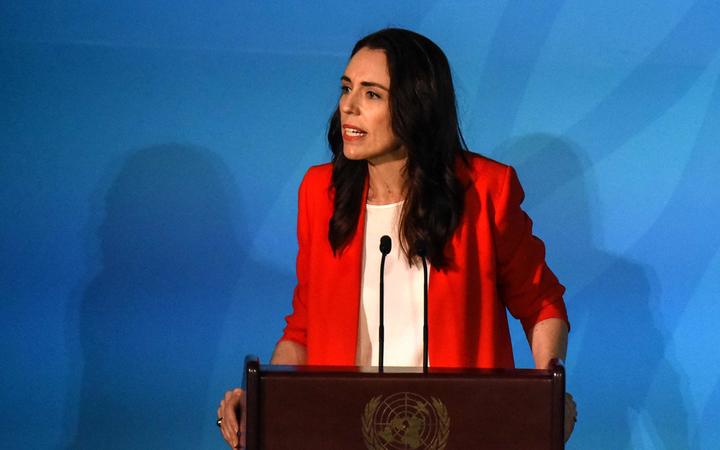 The high-level meeting in New York has been billed as 2019's key political event for climate change and Ms Ardern was personally invited to give the opening leaders' address.

"We are determined that New Zealand can and will play our part in the global effort," Ms Ardern said.

"The situation is stark. It will not be easy.

"But our generation - we - have it within our grasp, not just to prevent the worst, but to build the best possible world for the generations to come."

She said New Zealand would lead the way on international collaboration on agriculture and was "determined to show that we can be the most sustainable food producers in the world".

Climate activist and Swedish schoolgirl Greta Thunberg earlier gave an emotional appeal to world leaders, asking how they dared focus on growth when people were dying due to climate change.

The 16-year-old said: "Change is coming whether you want it or not".

Ms Ardern admitted New Zealand's global emissions had increased a little over 23 percent since 1990 and net emissions by 65 percent.

But she said the government had an ambitious agenda and the situation was starting to turn around.

"Our gross emissions peaked in 2006. Over 80 percent of our electricity already comes from renewable hydro and wind."

Acting Prime Minister Winston Peters told RNZ's Morning Report the Prime Minister's focus on being a sustainable food producer was not dialling back her 'nuclear-free moment' rhetoric in the lead-up to the 2017 election.

"What she's saying is that because of the framework and shape of our economy and our dependence of course on agricultural production, our job is to ensure that we go forward maintaining that production but with a whole new set of criteria in a prescription that is sustainable, that is climate change friendly and that takes the farming community with us," he said.

"We don't want to see a disaster here because we've failed to put the science, the effort and the practical incentivisation behind a change that is definitely required." 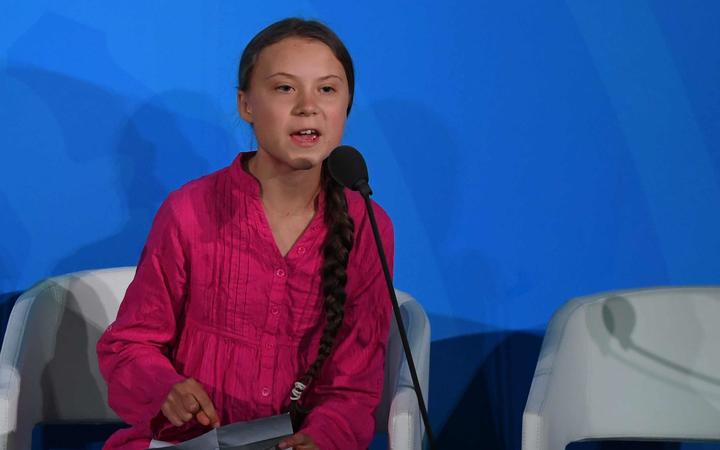 He refused to comment on Greta Thunberg's speech in which she said "if you choose to fail us we will never forgive you".

"I'm focusing on what the Prime Minister has said ... with respect I just heard that speech on morning radio, but the Prime Minister's speech I was aware of before she gave it, and its content. Everybody in Cabinet is intricately involved in it and that's the one we're focused on.

"This is a serious, serious matter, which a country called New Zealand has taken very seriously, it's the reason why we've got the carbon zero legislation, it's why we've got plans for 2025, for 2030 and for 2050. It's why we've gone to so much trouble to ensure that we alongside the farming community in this country and the producers in this country - as far as the emitters are concerned, we take them with us and we're going to spend a problematic time doing that - so it's her speech that I focus on."

Mr Peters also rejected the climate strikes, saying he believed students should be in school "to lift our educational standards because it's one of the critical components of lifting nationally this country's productivity".

"They can learn about climate change by seeing what the government is doing because we're the first government that's ever sat down and said 'on a range of issues we're going to make these changes but above all we're going to ensure we take the traditional economies and the farming community with us."

The summit's attendees have been restricted to countries which have made certain climate commitments, meaning the notable absence of speakers from nations such as the US and Australia.

But despite nations' repeated promises, global greenhouse gas emissions are continuing to rise.

Ahead of the event, UN Secretary General Antonio Guterres implored world leaders to bring a plan not speeches to the summit.

Ms Ardern will speak again on climate change later today at an official UN forum to an audience including major business leaders and heads of states and government.

She may also raise the issue when she meets with US President Donald Trump.

Shortly after taking office, Mr Trump announced he would withdraw from the landmark Paris Agreement which commits almost 200 countries to tackle climate change with a pledge to keep the global temperature rise well below 2C.

Mr Peters would not say whether the Prime Minister was planning to raise climate change with Mr Trump, saying he would not want to speculate and "having to raise it would be surely unnecessary ... the whole thing in New York is about climate change".

During a visit to New Zealand in May, Mr Guterres praised New Zealand's climate change objectives as essential.

He told Kiwi students it would be an "absolute disaster" if the global temperature rose by more than 1.5C by the end of the century.

The government's Zero Carbon Bill aims to limit global warming to no more than 1.5C and to build a country and economy that can cope with the changing climate.

Ms Ardern earlier met her UK counterpart Boris Johnson for their first face-to-face meeting. They had spoken on the phone earlier this year shortly after Mr Johnson took office.

In a brief statement issued after the sit-down, Ms Ardern described the meeting as "very friendly and productive".

"Discussions focused on a post-Brexit free trade agreement and the desire to move quickly to negotiating a high quality, commercially meaningful deal as soon as possible once Brexit is complete," the statement said.

Ms Ardern said Mr Johnson agreed to look into "tariff rate quotas" and New Zealand's position that its exporters should be no worse off post-Brexit.

The two leaders also discussed security issues - including the attack on Saudi Arabia's oil facilities - and the ability for skilled New Zealanders to live and work in the UK.

"Prime Minister Johnson expressed his condolences and concern regarding the 15 March terrorist attack in Christchurch and his support for the Christchurch Call to Action."