Two abuse survivors have quit a Royal Commission advisory group after being unknowingly exposed to a convicted paedophile. 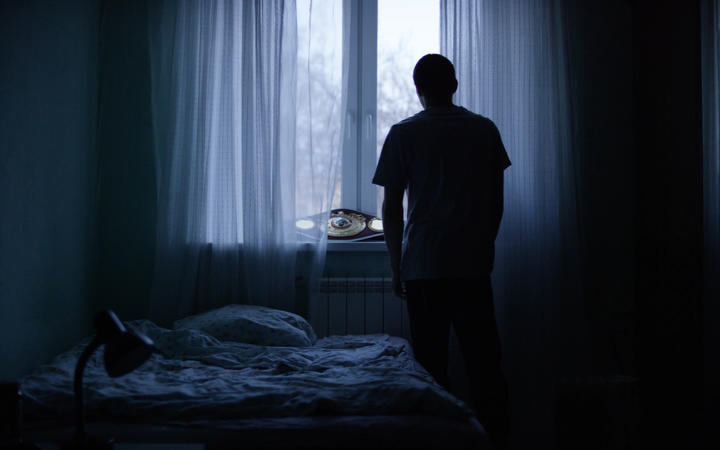 Michael Chamberlain of Dunedin and Steve Goodlass of central Otago quit the group within days of each other, three weeks ago.

Mr Goodlass said the incident in which the Commission allowed a convicted paedophile to attend advisory group meetings with abuse survivors without their knowledge amounted to a last straw for him.

The convicted paedophile had more interactions with the group than Judge Shaw let on and it was "deliberately downplayed", he said.

The offender was at meetings because his partner is on the advisory group.

Mr Goodlass claimed the group had got less support than the judge told the public.

"The support to the survivors group was bogus ... I had no offer of support from any of the wellbeing people involved with the commission. And I've spoken to one other survivor and he's in exactly the same boat."

The advisory group is a world-first for abuse inquiries, but Mr Goodlass described it as an "expensive box-ticking exercise" as its 20 members flew around the country.

"The meetings that I was at were completely ineffectual. There were no questions ever put to us, they didn't ask for advice.

"It's absolutely vague, it was like they were making things up on the spot. So it was very, very frustrating."

Michael Chamberlain said there was general dismay at how the advisory group was run but people kept quiet.

By its fifth meeting - called off when the paedophile incident came to light - "we still hadn't got to base one, where the commissioners tell us how to report, or on what".

The commission had "paid lip service" to the idea of survivor involvement, Mr Chamberlain said.

Both men are part of the Network of Survivors of Abuse in Faith-based Institutions. It now has no representatives on the survivors advisory group.

The network last week spoke in support of Judge Shaw taking over as chair but has since clarified that it supported the continuity of having a commissioner step up, whereas it still had deep reservations about Judge Shaw.

The network wrote to the commissioners on 30 September about concerns they had sidelined the advisory group amid the paedophile crisis.

It wrote again last Friday, saying Judge Shaw had minimised survivors' concerns in media interviews, "further exacerbating the mistrust", but reiterating their support for the abuse inquiry as a whole.

Another advisory group member - Toni Jarvis, of Alexandra - found out about the convicted paedophile attending meetings via the media the same day he was burying his daughter-in-law.

"It was quite a sad blow to find out that way. I feel a wee bit, like others, that we've been isolated."

The commission was probably in "panic mode" that day, Mr Jarvis said.

"I was quite taken aback by that.

"I sent emails away to say, 'look, what have I done?' And I haven't even had anybody say sorry for being exposed to this or [to ask] if I'm okay or if I need any support.

"I think that was the general consensus of the group, that indeed that we never got that."

Mr Jarvis is sticking with it; he is among group members who have said the inquiry hearings in Auckland this month helped restore their faith in it.

The commission, in a statement yesterday, said it had "staff solely dedicated to" the group, who members often emailed, texted or called daily.

They met with each member, or offered a meeting or counselling, about the matter but it was up to members if they took it up or not, it said.

The group is on hold while police vetting takes place.

Mr Jarvis said he understood clearly why the two men had quit.

"When you've been retriggered, but you're not even got back to acknowledge that it's happened and offered some support, it almost feels like you're being blamed for it."

He agreed Judge Shaw made some misleading statements.

"I think Coral Shaw herself being humble enough, admitted [on RNZ] that just the other day, that there are fences needed mending."

Judge Shaw told RNZ last week a major task she had was to quickly gain the trust of survivors, and to organise the survivor group in a better way.

Mr Jarvis has asked for, and now secured, a meeting with commissioners to talk about the paedophile incident and make clear what the group's purpose is.

Both Mr Chamberlain and Mr Goodlass said they were open to rejoining the group if it was overhauled.