Internal Affairs Minister Tracey Martin has refused to express confidence in the leadership of the Royal Commission of Inquiry into Abuse in Care, after it was revealed a convicted child sex offender was involved. 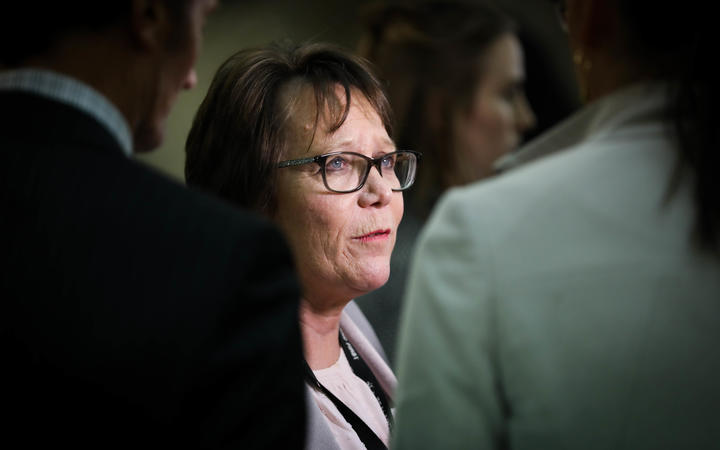 Speaking in the House today, in response to National leader Simon Bridge's questions, she said she was dismayed after finding out a convicted paedophile was allowed to be involved in meetings.

Ms Martin said the inquiry was independent of government and she had no role in operational matters.

"The appointment of the survivor panel and the attendance at its meetings are very much operational matters. As minister, the issue of confidence, as set out in law, relates only to the conduct of the commissioners. I would say that today, that confidence has been shaken".

Ms Martin told media the inquiry was the most complicated Royal Commission in New Zealand's history.

"The only person that can remove a commissioner from the Royal Commission of Inquiry is the governor general. And it's a very high threshold for that to be met, so I've got a copy of what is the law and I now need to know what, in any, my role is in that, and we need to see where this is going to go."

The convicted offender attended gatherings alongside people who are survivors of abuse.

Survivor Advisory Group sponsoring commissioner Paul Gibson said the commission was aware of the convictions in May, but the nature of those was only disclosed to a commission employee on 22 August and the commission "immediately took action".

"At no point did the person in question participate in an official Survivor Advisory Group meeting,"

The man was at gatherings around the meetings because he was with his partner, Mr Gibson said.

Advisory group member Jane Stevens told Morning Report she was staggered the group was not informed and was feeling physically sick at the revelation.

"That is probably one of the worst possible scenarios for people who've been through abuse. I'm horrified," she said.

"I don't believe it's good enough for it to be treated as a learning, because I do feel re-victimised."

Since its establishment, the Royal Commission has been heavily criticised for how it is operating. That includes appointing a gang member into a key role, using survivors for trial or pilot interviews, claims chair Sir Anand Satyanand fell asleep while a survivor told their story and accusations commissioners shut down questions on potential conflicts of interest.

Sir Anand announced last month he was stepping down from the job.