Sir Anand Satyanand's sudden resignation from the abuse inquiry is being seen as another sign the Royal Commission is dysfunctional. 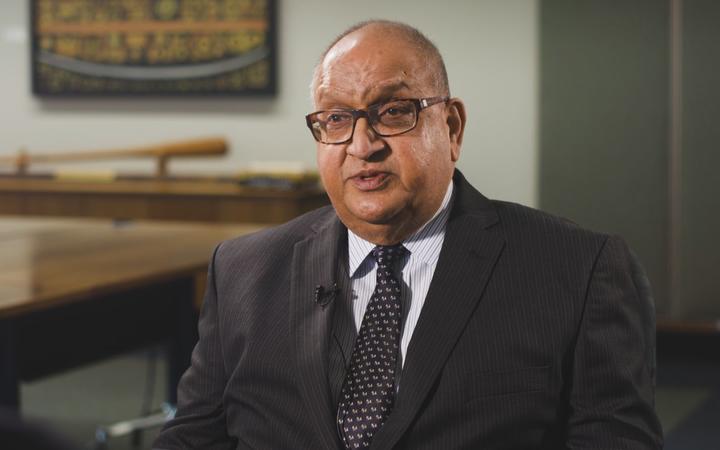 Sir Anand Satyanand's resignation from the Commission is being seen by some as another sign of dysfunction and turmoil. Photo: RNZ/ Nick Monro

Survivors say they're losing faith it will uncover the extent of what happened to children in state and church care.

Some of them hope Sir Anand isn't the only commissioner to step down.

The Commission has been dogged by controversy since it was set up early last year.

That includes appointing a gang member to a key role, using survivors for trial or pilot interviews, claims Sir Anand fell asleep while a survivor told their story and accusations commissioners shut down questions on potential conflicts of interest.

Social worker, and survivor of abuse in state care, Paora Crawford Moyle, said Sir Anand's resignation was yet another blow.

"It's worrying, it makes [me] and probably my brothers ... really wonder what's going on in there and what else is to come," she said. "Are the cracks starting to appear."

Ms Moyle said she did not have a lot of faith in the inquiry and she was worried the work would not get done, because the Commission was having to spend so much time on damage control.

That was a view shared by Anne Hill, a survivor of abuse in church care.

"I have found it quite re-traumatising and at times very frustrating because the issue of child abuse gets lost in issues about who has the power to speak now," Ms Hill said.

Liz Tonks, from the network of survivors of abuse in faith-based institutions, said people were having trouble believing the inquiry would go ahead.

"Any issue that needs to be resolved and isn't straightforward and just doesn't let them get on with the job, is a setback. Survivors have been waiting for this for years," she said.

Attention's now turning to who'll take over when Sir Anand leaves in November.

Dr Christopher Longhurst, a Catholic church member who was also the national leader of the Survivors Network of those Abused by Priests, was worried Judge Coral Shaw - who he found dismissive and disapproving during a hearing earlier this year - would get the job.

"The most frightening scenario that could unfold is someone like her would step up into the position of chairperson, when she is clearly as the history has shown and as survivors have demonstrated, she is unfit for purpose," Dr Longhurst said.

Paora Crawford Moyle said she did not "have as much faith in Coral Shaw's ability to really listen to the voices of survivors".

Dr Longhurst said as long as Judge Shaw was a commissioner, he would be telling other survivors to stay away.

"There are many, many scores of people already who won't come forward to the Royal Commission because of how the commissioners are treating survivors."

However, a lawyer and youth advocate who would provide expert evidence to the Commission, Sonja Cooper, disagreed, saying Judge Shaw was eminently capable, and would have learnt from past criticisms.

"I would've thought it's a tall ask to expect somebody to be appointed as a new commissioner to the panel and assume the chair role. However, that's always possible."