It's been almost 10 years since the Pike River mine disaster and yesterday, as families stood closer than ever been before to where the victims died, they described feeling empty and numb. 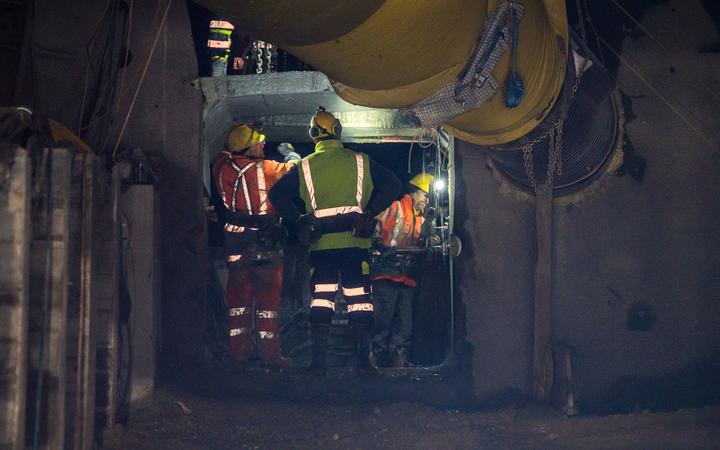 Twenty-nine men died in an explosion at the Pike River mine in November 2010 and work is being carried out to re-enter the mine.

Barbara and Brian Nieper's son 33-year-old son Kane was one of them. He was a husband and father with a young family. They said it was an emotional milestone to get closer to their son.

Mr Nieper told First Up he had worked underground before, but going into the drift yesterday was "emotional" and he was pleased to get out of it.

"And yet I felt that that's the closest we've probably been for nine years and hopefully we're going to get a wee bit closer yet. It's a strange numb sort of a feeling."

She said as parents not being able to help their son was horrible.

"The worst part of the last nine years was we didn't get a chance to help him; as parents, kids whenever they need mum and dad and ... by the time that he needed us most we couldn't do anything, we couldn't be anywhere ... that as a parent is really hard.

The Pike River Recovery Agency said it took 20 months and a lot of hard work to get the families in.

The agency is charged with gathering evidence to understand how the explosion occurred and to recover the miners' bodies.

He told Morning Report lighting was set up for good vision and health and safety reasons.

Just in: A photo of Tom, Jo, Dinghy, Anna, Sonya, and Daniel at the 170m wall yesterday, plus some images of the wall after the family visits. pic.twitter.com/UHIWqMJfpw

Before removing that 170m wall, fresh air will be put into the tunnel, and the nitrogen will be removed, he said.

"Then we start incrementally working our way up the tunnel.

It had to be meticulous because it was a crime scene, he said, and full forensics from the entrance to the 170m mark had been completed.

"We'll just do it as we keep going up the tunnel; that involves photographs or anything of interest."

There were about five or six possible causes of the explosion, but he said that would only be determined when the team reached the Pit Bottom in Stone area.