It's likely to be September before Pike River Recovery Agency personnel move beyond the 170-metre mark in the mine's drift. 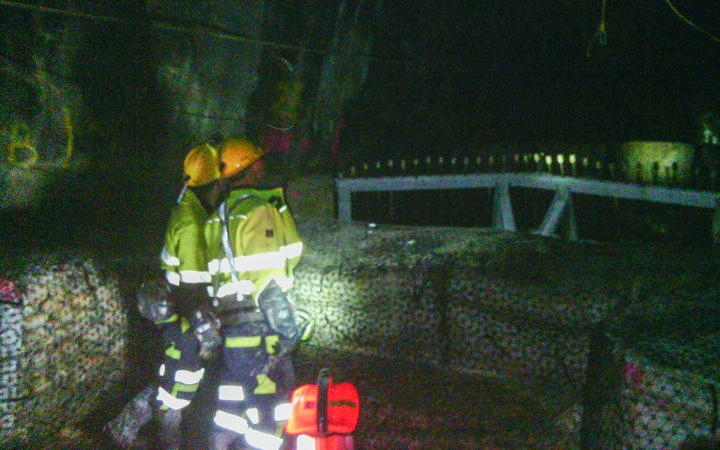 No items of interest have been found in the latest forensic search of the tunnel between 30 and 170 metres, however, both the police and the Pike River Recovery Agency say it has been useful.

The agency's chief executive, Dave Gawn told Morning Report it was important to ensure that the team carried out a forensic search from the portal to the roof fall.

He was confident nothing had been missed, although they still had to empty the weirs, including silt on bottom of weirs. From what they could see it was unlikely they would find anything of interest in the weirs. 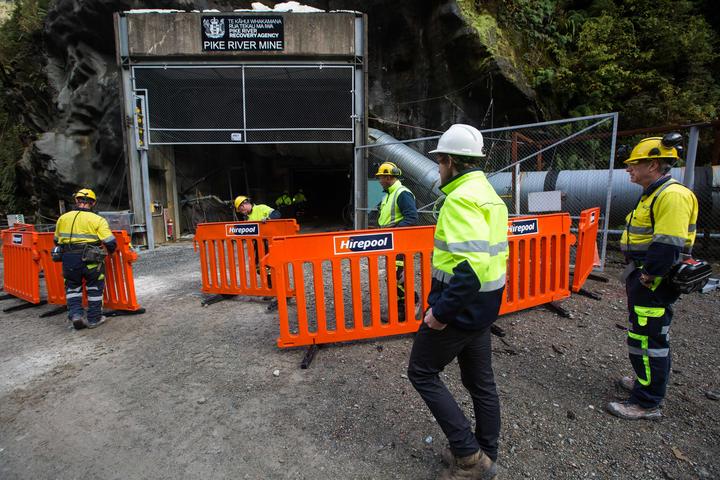 The agency mining team puts a barrier 5m in front of the mine portal. Photo: Pike River Recovery Agency / Supplied

Asked about the next stage of the search Mr Gawn said: "Right now we're going through and planning the ventilation and looking at doing some trials possibly.

"As we go through the regulatory process to get approval of the final detailed execution plan we'll be doing work on top of the hill to put in place the venturi operations that's part of the ventilation plan as well as the removal of the water infrastructure between the 30 metre mark to 170 metres mark."

He said it was 2300 metres to the roof fall. "Of that, there's about 400 metres that's not had any sort of eyes laid on, in terms of cameras or anything else.

"But the reality is that there's been no human presence beyond about 300 metres from the original reccy that was designed to identify the best place for the 170-metre mark."

He said he was sure searchers would reach Pit Bottom in Stone. "The main area of forensic interest around Pit Bottom and Stone and all the electronic equipment that's in there we're confident we'll get that... Once we get in there and see the conditions beyond that we'll be able to make a better assessment for the last 400 metres."

It would take six to eight weeks to remove all the water infrastructure, including dams, walkways, gabion baskets, the grizzlies and the concrete blocks. So he estimated it would be about September before teams could move beyond the 170-metre mark.

The underground team is looking for forensic evidence concerning the initial explosion and police have described the operation so far as a useful exercise in basic scene examination processes.