In an upstairs room at a New Plymouth lifestyle block - with sweeping views across to Mt Taranaki - a scientist is helping colleagues fly drones into volcanic craters half a world away in Papua New Guinea. 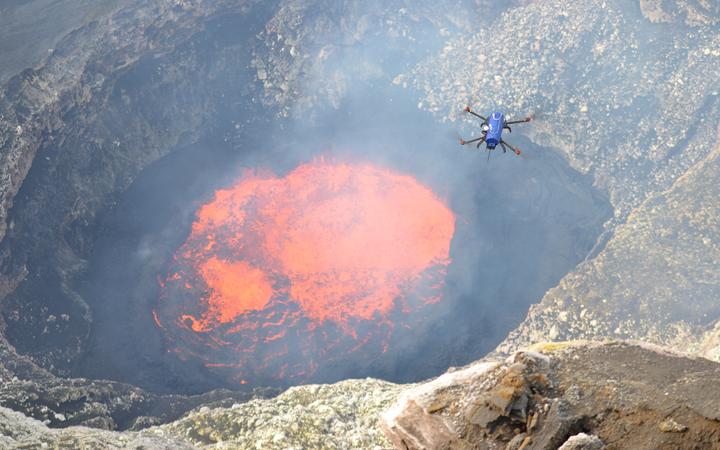 Their mission - to study gases in the plume to help better predict potential volcanic eruptions.

Volcano geochemist Cindy Werner is the "eye in the sky" for Dr Ian Schipper, who has developed specially reinforced drones to bag gases from inside volcanic plumes and bring them back out for testing.

The Victoria University volcanologist and an international team of scientists are currently 4000km north in Bougainville taking samples from the 1700m Bagana volcano - one of Melanesia's youngest and most active volcanoes.

This is where Missouri born Dr Werner comes in. 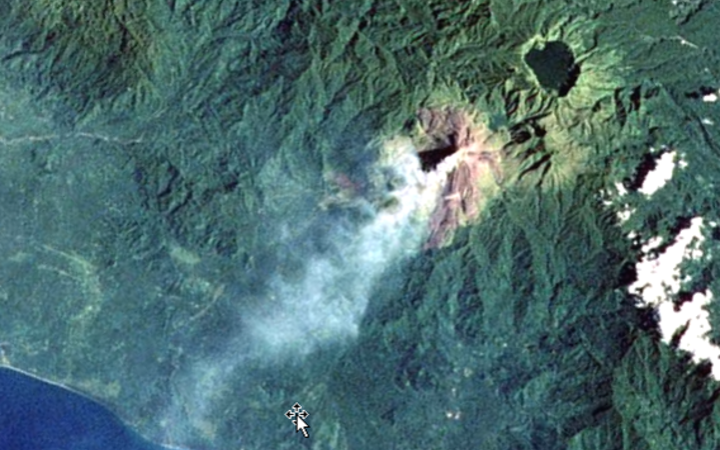 "You have to get downwind of the volcano and at the summits of these volcanoes the wind conditions can be very different than when you're sitting on the ground.

"So what I've been doing for Ian is helping him to understand what those wind conditions at the height where the gases are coming out of the volcano."

To do that, Dr Werner is relaying information from the latest satellite weather and plume imaging forecasts to direct the team on the ground about when and where to put up the drones.

She does it using a Garmin inReach device, a two-way satellite communicator, which allows her to text message Dr Schipper.

Not that he can text back just at the moment.

"So I am able to use my phone to send my data to the Iridium device but yeah unfortunately Ian's not able to communicate very efficiently right now." 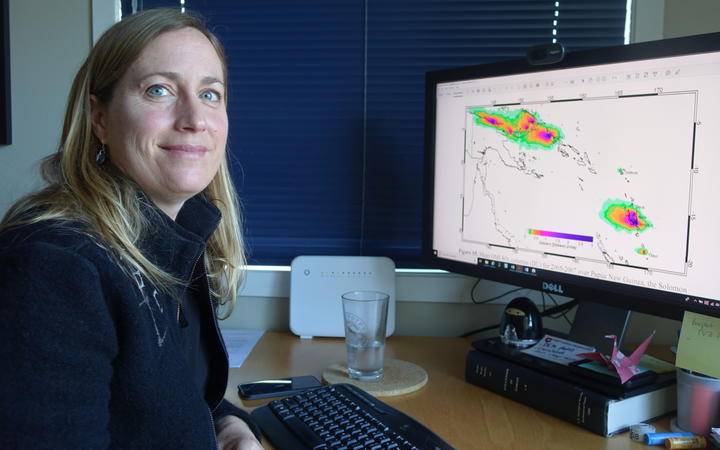 Dr Schipper is camped about seven kilometres from Bagana and is hiking another three kilometres into the drone launch site.

"Ian has developed a roto-copter UAV that has a miniaturised UV spectrometer which is able to look up through the plume and measure the amount of Sulphur Oxide in that plume.

"The other team has a fixed-winged UAV and that is flying through the plume and measuring the gas composition."

Dr Werner said geochemistry had come a long way, and it was important to measure the gases because it related to the amount of magma and how quickly it came to the surface, giving useful hints at upcoming eruptions. 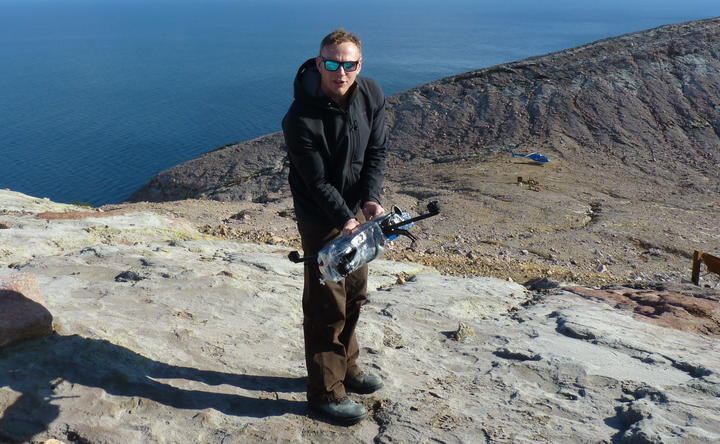 Brad Scott, a volcanologist at GNS Science, is also excited about the prospects of Dr Schipper's work.

"Bagana, one of the volcanoes they are going to, is well known for being one of the largest de-gassing volcanoes in the Southern Hemisphere if not globally.

"So they have certainly picked on a target that puts out a lot of gas and if they can quantify the gas coming from there with the technology then yeah it will certainly be transferable to our volcanoes here in New Zealand."

But Dr Scott said gas emissions were just part of the story.

"One of the joys of working with volcanoes is that they always put their hand up when before an eruption. Our challenge is to recognise that they've got their hand up and how high it's got it up.

"The gas plume is a significant part of the story but the earthquake and ground deformation data are also required and if there is water around, the water chemistry as well."

Meanwhile, Dr Werner is keeping an eye on the sleeping giant out the office window.

"Well yeah, Taranaki is overdue for an eruption and I feel that we should definitely be looking at Mt Taranaki more closely and that's part of my aim living here in beautiful New Plymouth."

Dr Schipper's Waka Lab project has received funding from the Marsden Fund and the EQC.