A large raft of pumice is floating in the Pacific after an underwater volcanic eruption near Tonga earlier this month.

Within a week the raft was twice the size of New York's Manhattan. 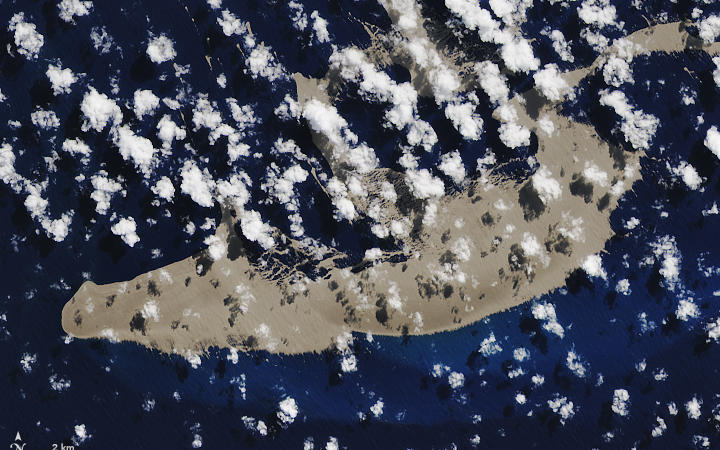 Vulcanologist with GNS Science Brad Scott said the eruption was noticed by cruising yachties north of Tonga around 9 August.

NASA reported sailors in the area described a "rubble slick made up of rocks from marble to basketball size such that water was not visible," as well as a smell of sulphur.

"Quite commonly submarine volcanic eruptions produce pumice at the surface. It'll poor out the pumice from the active vent for, you know hours, or usually in the order of hours, maybe even days in extreme circumstances.

Dr Scott said sometimes pumice rafts could be 10 to 50 kilometres long and they grew with time as the sea currents and winds spread them out.

He said the latest eruption was not uncommon for the Tongan area and there were also submarine volcanos close to the Kermadecs that were frequently active.

He said the source volcano was to the north west of Nuku'alofa and was in a similar location to a 2001 submarine eruption but there may be more than one active vent.

Dr Scott said the pumice may eventually wash up on the shores of Fiji, Australia and New Zealand. 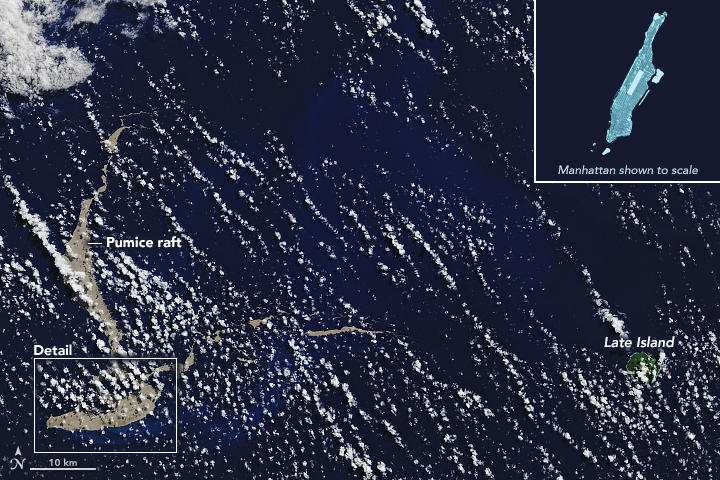