An undersea volcanic eruption north of New Zealand in 2012 was roughly the same size as the Mount St Helens eruption in 1980, a new study says. 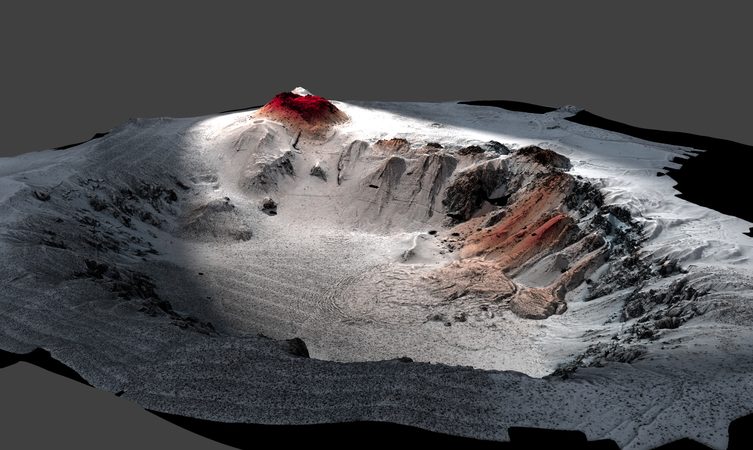 An artist's impression of the submarine volcano. Photo: University of Tasmania / WHOI

In 2012, 1000km off the coast of the North Island near Raoul Island in the Kermadec chain, a massive volcanic eruption spewed ash and rock into the deep ocean.

The region, the Tonga-Kermadec arc, is one of the most active in the world for submarine eruptions. A chain of underwater volcanoes runs south to north along the Kermadec trench to Tonga and has at least 30 volcanoes. Most of the volcanoes of the Kermadec region are comparable in size to Ruapehu and Taranaki.

A huge 400 square kilometre raft of pumice was detected floating in the ocean near New Zealand, indicating a submarine eruption. By analysing satellite imagery scientists eventually agreed the eruption originated at the little-known Le Havre volcano.

Now, a team of researchers at the University of Tasmania have been able to shed light on the powerful eruption and how magma rises to the surface of the seabed. 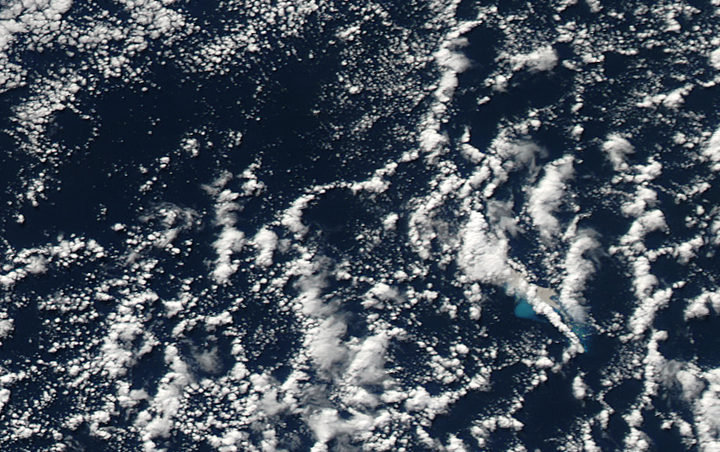 The pumice, plume and ash stained water can be seen in the satellite image. Photo: Nasa Earth Observatory

Havre was discovered and mapped in 2002 by the National Institute of Water and Atmospheric Research (NIWA), whose scientists found a 1000m-high volcano with a large steep-walled caldera 5km wide similar to Lake Taupō. 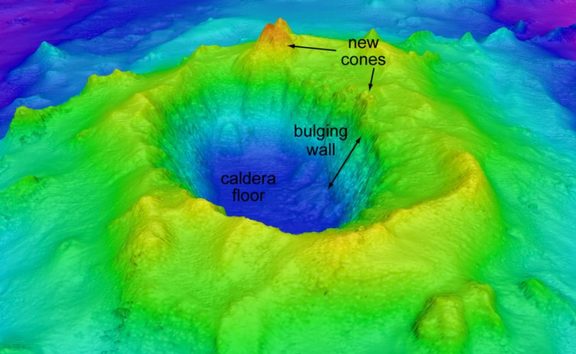 University of Tasmania volcanologist and study lead author Rebecca Carey said the researchers knew the 2012 event was a large-scale eruption.

"Having the pre-eruption map of Havre volcano allowed us to know exactly what and where the new eruption products were on the submarine edifice.

"This event is a scientific goldmine.

"With 80 percent of the Earth's volcanoes located on the seafloor, the study of submarine volcanism is very important - volcanism is an important source of heat and chemicals to the ocean and also supports life." 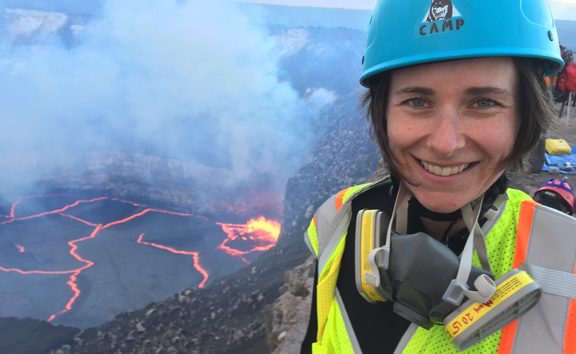 The team used submersibles to map the ocean floor and collect volcanic samples. She said the researchers were able to demonstrate the eruption involved more than 14 vents in a "massive rupture" of the volcano.

"There are conceptual theories about how deep volcanic eruptions should be relatively passive, forming lava flows due to the huge amount of pressure from the overlying water column," Dr Carey said.

"The eruption blanketed the volcano with ash and pumice and devastated the biological communities. Biologists are very interested to learn more about how species recolonise, and where those new species are coming from," she said.

Dr Carey said the amount of data gathered during the research voyage was enough for a decade's worth of scientific study.