The Department of Conservation (DOC) is asking people to tread carefully on beaches, as shore birds will be laying eggs over the next few months. 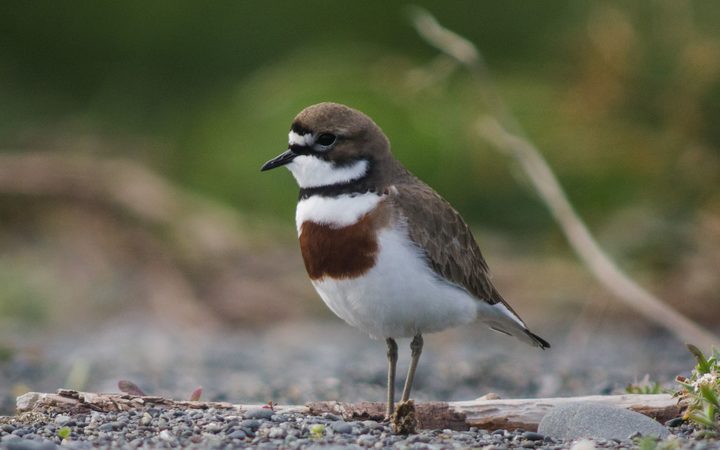 They include the endangered New Zealand dotterel - or tūturiwhatu - with only an estimated 1700 birds left and the more common but declining banded dotterel - or pohowera - which numbers about 50,000 birds.

DOC said it's their most vulnerable and important time of the year, and is asking visitors to the beach or rivers to keep their dogs on a lead, and vehicles away from the high water mark, to avoid squashing eggs or chicks.

DOC community ranger Chris Wootton said dotterels are struggling to survive, and with other predators like rats and mustelids they don't want humans doing any additional harm.

"The dotterels are often quite hard to see on beaches - their main defence [from predators] is that they're invisible. But once people are aware that they're nesting, they tend to take much more care in areas where they're likely to be nesting," Mr Wootton said.

The New Zealand dotterel is about 25cm long and weighs between 146 and 16 grams. The upperparts are brown and the underparts off-white, becoming orange-red from May.

The banded dotterel is about 20cm long and weighs about 60 grams. They're a sandy brown on the back, with a chestnut band on their otherwise white chest - and darker stripe above - in breeding plumage.