The feisty northern dotterel, once one of the country's rarest birds, is no longer a threatened species. 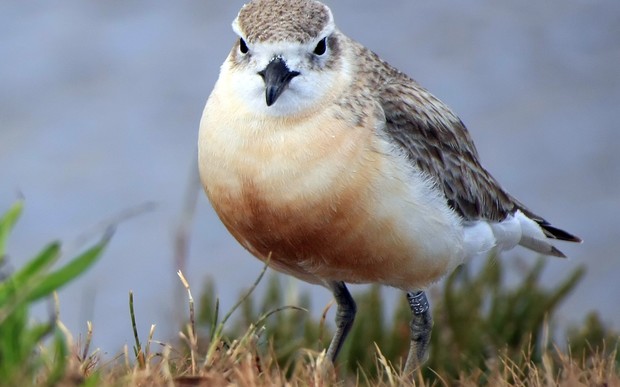 Against all odds, the small mainland birds have thrived in coastal communities where volunteer dotterel minders trap predators and ensure the birds nests are protected in the dunes.

Conservation scientist John Dowding was instrumental in setting up the dotterel protection programme, and presented the latest research at the annual New Zealand Dotterel Forum held in Auckland last week. The research was based on a series of dotterel population census he undertook from 1989.

He said the northern dotterel population is estimated to be 2500 - double the number in the 1980s, and a target reached 15 years earlier than expected.

The bird's conservation status has improved to 'at risk and recovering' - a turnaround Dr Dowding said is a wonderful achievement.

"They're not one of our rarest birds anymore, and that's reflected in the change in the threat status we actually calling them recovering now because they've come back from a little over a thousand birds and importantly a negative population trend, they were declining," Dr Dowding said.

"It's wonderful, there's no other word for it. It's one of relatively few species on the mainland that we can point to and say look our conservation management has made a huge difference here, and it's turned a species around."

Dr Dowding said the dotterel have captured the imagination of the public, who have helped protect the species.

"We underestimated the extent to which the community would get involved. We didn't realise that quite so many people would become passionate about these birds and help them.

"We didn't realise that such a high proportion of the dotterel population was going to be managed."

He said since the 1960s, northern dotterel have spread their wings beyond Northland, Auckland and Coromandel to breed across the Bay of Plenty, East Cape and Waikato.

"Look at the things they face out there, there's all the predators...they've got a whole heap of things going against them where they live and by doing the things we've done in the management programme we've managed to get round all those things."

But it's not all thanks to the community - Dr Dowding says northern dotterels are a feisty bunch.

"They seem to be very determined, they will take on anything that tries to come too close to their nest, they'll fly at it and squeal and perform these wonderful distraction displays to try to lead predators away from their nests."