Despite the odds being stacked against them, three New Zealand dotterel chicks have managed to make it through the peak summer period on one of Auckland's busiest beaches. 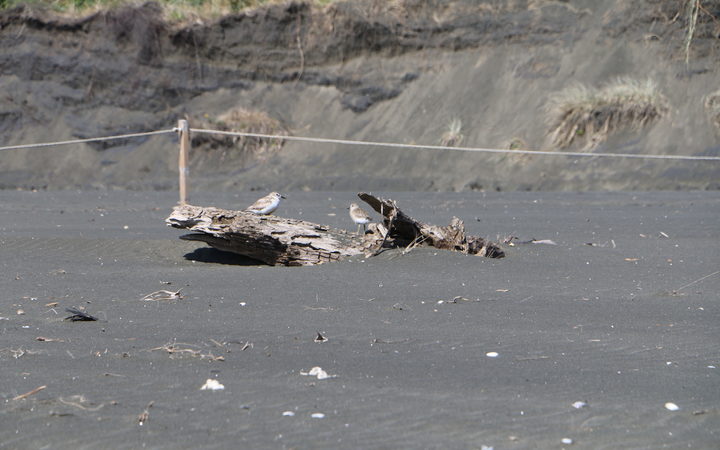 It is just the second time New Zealand dotterels have nested at Piha and a small team of volunteers have been doing all they can to keep them safe from predators and other dangers.

The dotterels have set up their nest on a patch of black sand close to a stream.

There is no natural shelter from predators and it's exposed to the elements - the sun, the rain and the tides.

It is also right in the middle of an off-leash dog exercise area.

Despite the challenges, three chicks have hatched this summer.

They are on the brink of darting around on the sand. 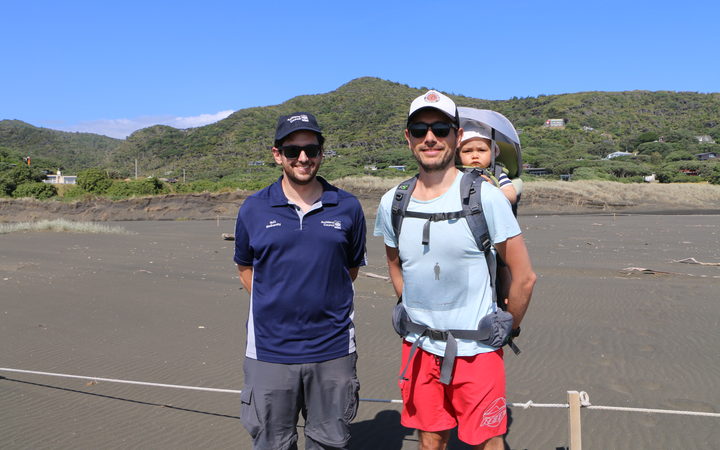 But Piha local and dotterel minder Jordi Tablada said looking after the chicks so they reached this point was no easy task.

"The first few days are just the worst because they're really tiny and really vulnerable and anything can happen to them really that you cannot stop.

"We have gulls here, pūkekos around, let alone the stoats and all the other mammals.

"The first days are always a bit distressing and then after the first two weeks you might be a bit more confident that they will be able to make it."

Last summer was the first time dotterels had nested at Piha.

Three chicks hatched, but only two survived - the other was killed by a dog.

Mr Tablada said this summer they had taken a few extra measures to protect the nest, including building a shelter over it.

It is made of chicken wire and four sticks.

But it has not all been smooth sailing - a storm in November wiped out the first nest. 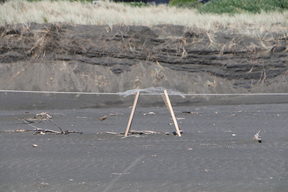 Ben Paris from Auckland Council's bioversity team said while the later summer nests had been more successful, there were added risks.

"[There has been] more human activity and dogs on the beach, so it's a catch 22.

"We really want to help these dotterels as much as possible, the work that our dotterel minders do every day is really appreciated by the Auckland Council because we can't be out there all the time."

And Mr Paris said the efforts of volunteers like Jordi were making a difference.

"We think that under intense management like what's happening here at Piha. They're able to survive to fledge more chicks, and therefore we're growing the population here in Auckland because of the community effort."

It is estimated there are about 2000 New Zealand dotterels left, however updated numbers are expected in April.