To save our native birds, New Zealanders put a lot of effort into trapping introduced predators such as rats and stoats.

But what would happen if we tricked the baddies by flooding the environment with the smell of birds, so the hungry hunters went hunting but were never rewarded with a meal – would it make the predators give up in frustration, leaving the birds to breed in peace? 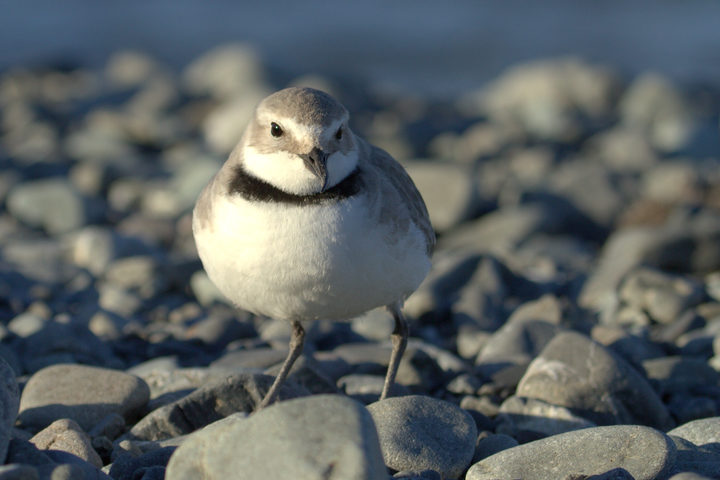 Wrybills are the only species in the world with a bill that bends to the side. There are just 5000 or so wrybills and their numbers are declining. Photo: Kate J Beer

The idea is known as chemical camouflage. It has only been tested on a small scale before, in Australia. But now a team from Manaaki Whenua Landcare Research and Wildlife Management International are testing it out on a very large scale - the braided rivers of the South Island’s Mackenzie Basin.

New Zealand birds evolved to avoid avian predators, such as hawks and falcons, which hunt by sight from the air. The shore birds that breed on inland rivers have cryptic colouration to camouflage themselves against the rocky riverbed, and they often stay very still to avoid detection. 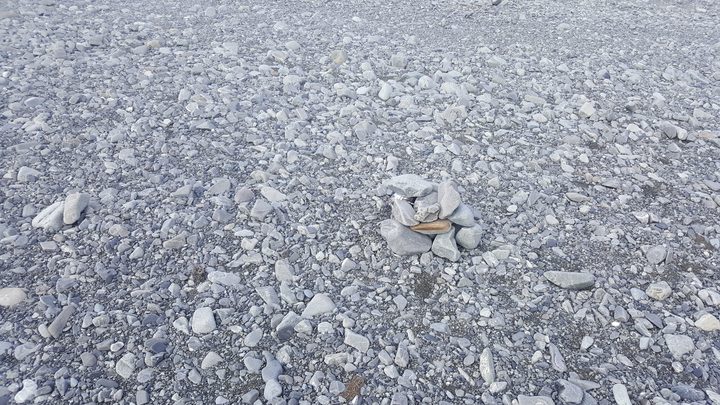 Spot the nesting wrybill! Can you see the wrybill sitting on a nest? Hint - she's halfway between the two large rocks at the left, and the small pile of rocks to the centre-right. Photo: RNZ / Alison Ballance

“They blend in remarkably well,” says Nikki McArthur, an ornithologist from Wildlife Management International, who leads the 5-person team monitoring the breeding success of banded dotterels, wrybills and South Island pied oystercatchers for the project.

But Nikki says that for mammalian predators that hunt by smell, the birds are a bright beacon of scent.

The predators are feral cats, stoats, ferrets and hedgehogs – and you might be surprised at which is the worst offender.

“We know who’s doing what,” says ecologist Grant Norbury from Manaaki Whenua Landcare Research. “And our main culprit is actually hedgehog … on our river beds, two thirds of the predation is by hedgehogs.” 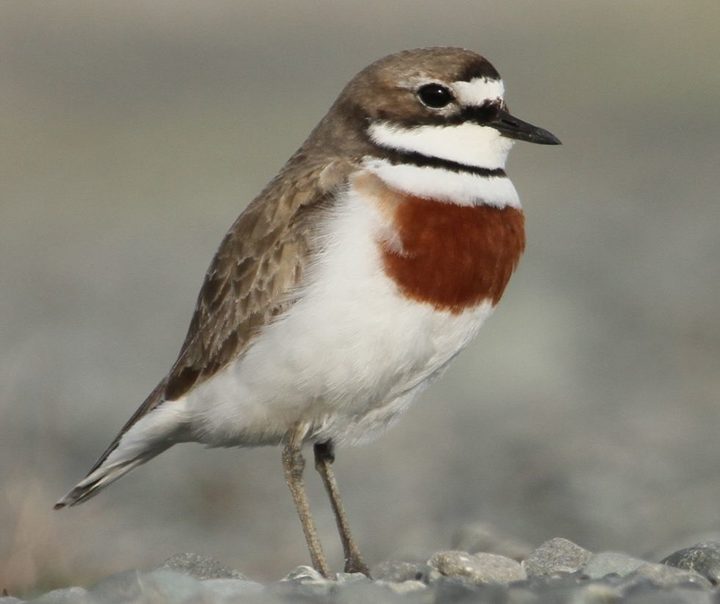 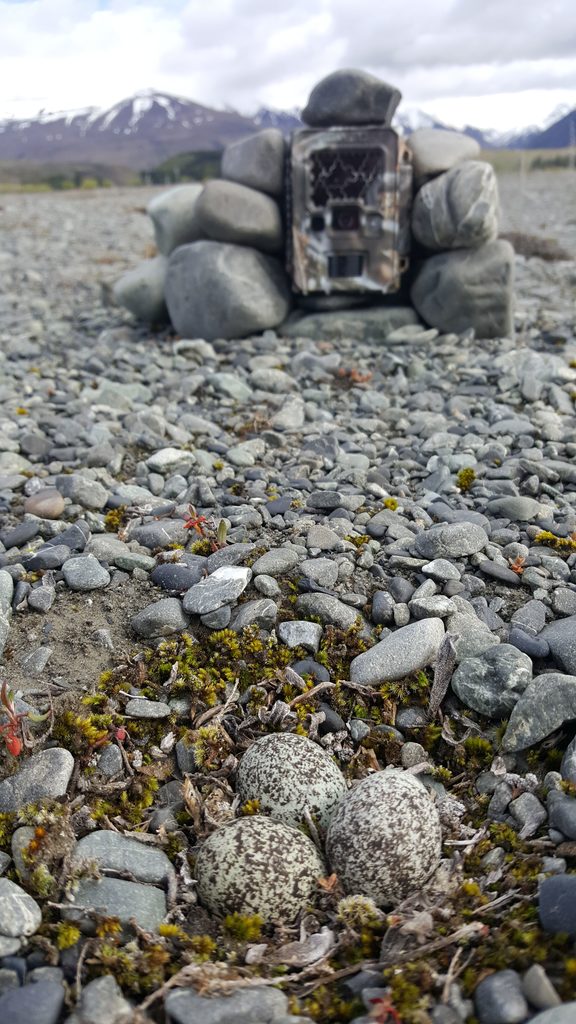 A banded dotterel nest with a motion triggered trail camera to record all activity at the nest. Photo: RNZ / Alison Ballance

So how does chemical camouflage work?

The experiment in the Mackenzie Basin has taken place on four rivers: the Cass, Macauley and the upper and lower Tekapo rivers.

It involves spreading vaseline impregnated with bird odour on thousands of rocks across hundreds of hectares of rocky riverbed. This is done at two sites, while the other two sites are control areas that are not treated with smelly vaseline.

The bird odour is extracted from feathers, and comes in three flavours: quail, black-backed gull and chicken, which comes in two strengths. The odourless vaseline is simply a carrier for the bird odour.

Hayley Ricardo from Manaaki Whenua Landcare Research is part of the field team that has been applying the vaseline by hand, and she explains that “what we want to do is put odour everywhere without leaving a food reward. So when we put the vaseline on the rock we smear it around – it’s not a glob that something could come along and eat.”

Hayley says that even to humans the impregnated vaseline has a strong smell – especially the extra strength chicken - and she reports that she gets strange looks from people when she explains what she's doing. 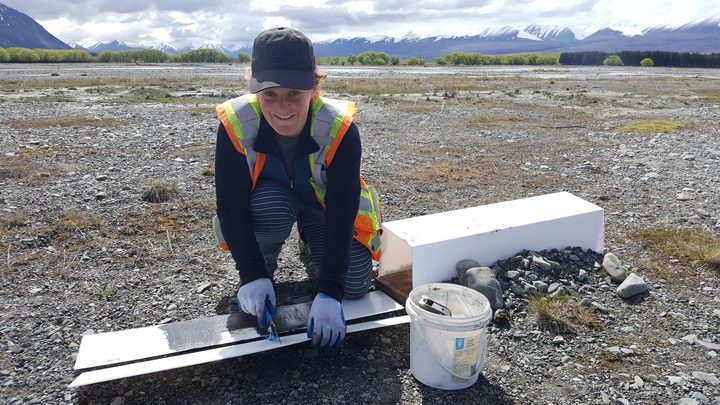 Hayley Ricardo checking a tracking tunnel that collects footprints from animals such as ferrets and hedgehogs. Photo: RNZ / Alison Ballance

The odour deployment is done in early spring, before large numbers of shore birds such as wrybill, banded dotterel and South Island pied oystercatchers arrive to breed.

“The predators sniff that bird odour, and they don’t get a bird reward, so they get bored,” says Grant. “It’s called habituation.”

By the time the the river birds arrive to nest, the predators have moved on to finding rabbits, mainly, and the birds can nest in comparative safety.

“We’re not removing the predators,” says Grant. “We’re trying to outsmart them.” 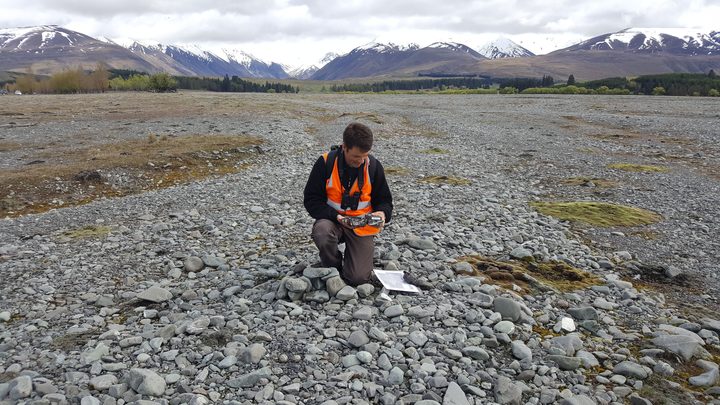 During the experiment the bird team, led by Nikki, has to find and follow the success of 60 nests at each of the four sites. Motion activated trail cameras at each nest record the action, and if a nest fails then footage is analysed to determine what happened and what predator was responsible.

The ‘odour deployment team’, meanwhile, keeps spreading vaseline and deploying tracking tunnels that collect the footprints of animals that run across an inky pad. This gives a measure of how many predators there are at each site. 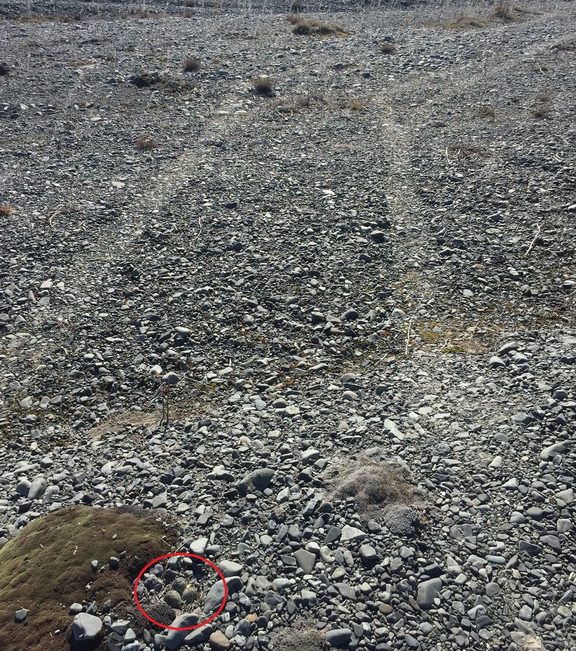 Vehicles driving on braided river beds are also a threat to nesting shore birds, although this nest (circled) had a lucky escape.. Photo: Nikki McArthur

So, has it worked? Grant is keen to stress that it is still early days, but in year one he says the nesting success at one of the sites treated with bird odour was double that of the untreated sites. Breeding success at the other treatment site was improved, he says, “but was not so spectacular.”

Our Changing World visited the Cass River delta with the chemical camouflage team part way through the second year of experiments, in late 2017.

The Cass was treated with bird odour in year one, but was left untreated in 2017. Nikki reports that the bird team had so far monitored 35 nests there – one third of the nests had successfully fledged chicks, but two thirds had been preyed upon by stoats, ferrets and feral cats that kill adult birds, and hedgehogs which eat the eggs.

Nesting success was a bit higher on the Lower Tekapo River, which was dosed with bird smell. Here, half of the 25 nests followed up until that point had been successful. Note these are only partial results as the final number of nests followed was 240.

Nikki says that a nest failure rate of two thirds to three quarters is “pretty typical”.

This is an alarming statistic that reinforces the need for new techniques to keep New Zealand’s native birds safe from predators – and quite possibly, chemical camouflage might be among them, although Grant acknowledges that they’ll have to improve the way the scent is delivered. Drones that drop bird odour from the sky perhaps?

The Our Changing World archive contains many stories about pests and predators in New Zealand: why they're a problem, and novel ways to control them. Just search for 'pest' or other key words.