As the Nelson-Tasman fire enters its seventh day, a make-shift campsite for evacuated residents and animals is showing no signs of slowing down. 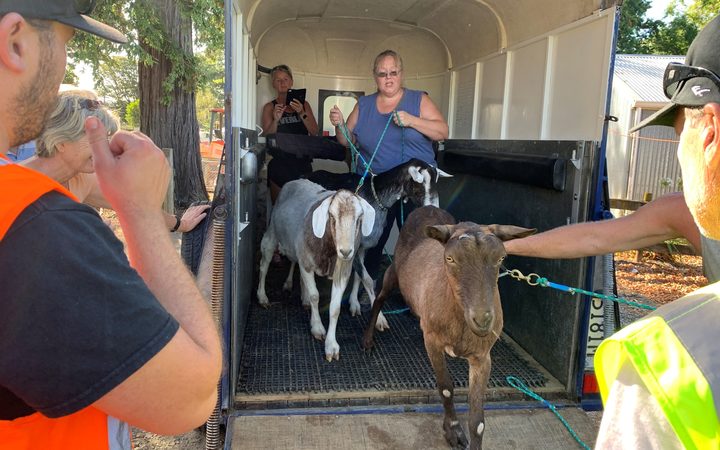 Goats being led into the campsite. Photo: RNZ / Katie Scotcher

More than two dozen residents camping at the site in Richmond are still anxiously waiting to be given the all clear to return home.

About 750 animals are now being cared for at the town's A&P showgrounds.

Nine sheep, guided by volunteers, piled out of a trailer into a make-shift pen at the grounds last night.

While another truck nearby unloaded three large goats.

Alison Holmes owns the animals. She dropped off more than a dozen chickens too.

She lives two kilometres away from the River Flats, where fire has been edging towards.

There hasn't been an official evacuation order in her area, but she didn't want to take any risks, Ms Holmes said.

"We don't want to clog up the roads in case later on everyone needs to evacuate in a hurry. So, I thought it was just a smart move to do, to get it done," Ms Holmes said. 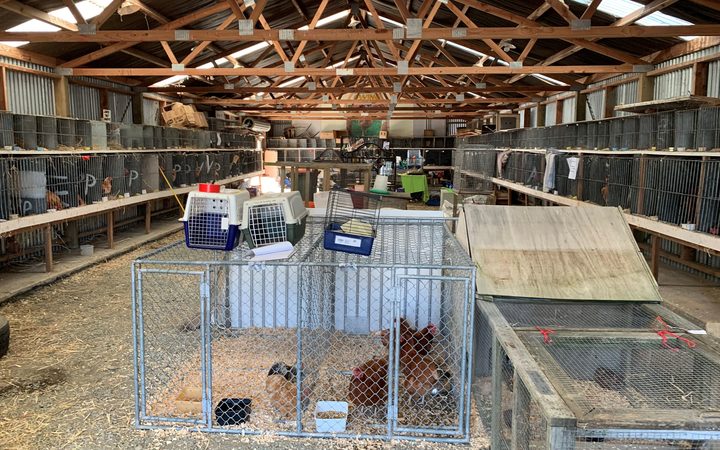 "They're just friends, they're paddock mowers, they're weed eaters, they're fertilisers. They mean a lot to me and I would not want to leave them behind," Ms Holmes said.

A convoy of trucks carrying sheep, goats and chickens from Wakefield has just arrived at the A&P showgrounds. More tomorrow on @NZMorningReport @rnz_news @radionz pic.twitter.com/y6l7p9crjw

The stables are brimming with goats, sheep, pigs and ponies. While the shed next door has become a make-shift poultry house - with chickens, turkeys, canaries and quails.

Louisa Young delivered spare blankets to the grounds on Friday and has been helping with the birds ever since.

"We first had to get all the cages ready, place all the water feeders and things like that, sawdust and hay ... then organise the cages and gradually people brought their birds in," Ms Young said.

The operation was set up by animal rescue charity Huha on Wednesday.

Since then, teams from SPCA and the Ministry for Primary Industries have set up to help work through donated goods and care for the animals.

A crew of sixteen from Animal Evac has also been helping people on the ground.

Their coordinator Steve Glassey said they have been helping residents in evacuations zones to prepare.

"We've been involved in rescuing animals from behind the cordons. We rescued a number of sheep, lambs and chickens from properties up in the valley the other day as well. We bring those animals here.

"We also provide liaison at the human evacuation centre, so when people come in and they've got animal issues, we can direct them to the right places," Mr Glassey said.

It's not just animals seeking refuge at the showgrounds. Evacuated residents have set up shop in camper vans, tents and buses around the perimeter. 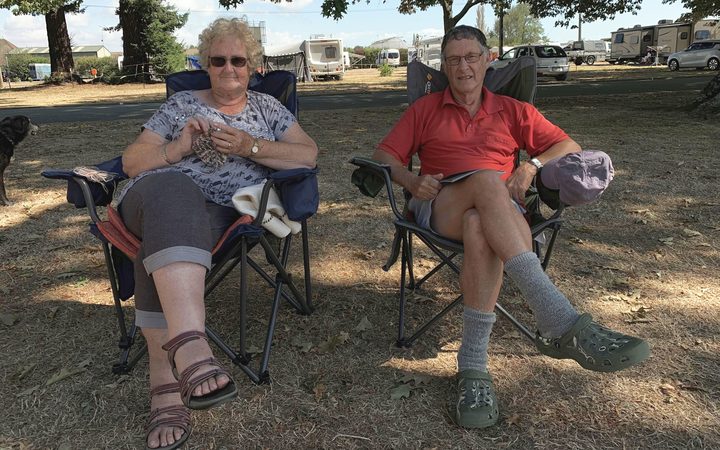 Julie Jermyn has been camping at the site with her husband, three dogs and cat since Friday.

The stress of not knowing what condition her home was in was taking its toll, she said.

"It's such a shock, I think that's the biggest thing. The first night we slept really well. Last night was tossed and turned and I think that is more worry setting in," Ms Jermyn said.

Residents in affected areas have been told it could be a number of days before they can return to their properties.

The temporary refuge is expected to stay open until then.