Parents have been warned to prepare for the release of a highly controversial Netflix series - 13 Reasons Why season three, which comes out today. 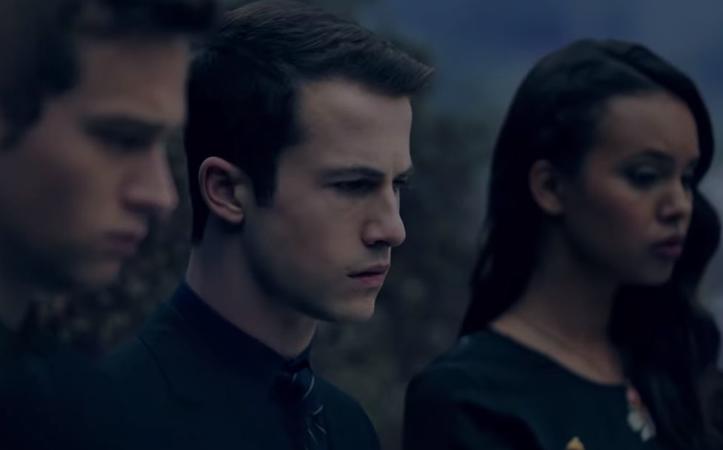 A screengrab from the 13 Reasons Why season three trailer. Photo: YouTube/Netflix

The overall show confronts teen suicide, rape and depression and now the Mental Health Foundation have advised parents on how to approach discussing explicit themes which could be harmful to young viewers.

​Since 13 Reasons Why debuted on Netflix two years ago, some critics and social scientists have said the popular teen series glorified suicide and put impressionable young people at risk.

It was heavily criticised for depicting graphic rape and suicide scenes, while having no ratings classification.

After it was released, the Office of Film and Literature Classification created an 'RP18' rating, which meant teenagers had to watch it with a parent or guardian.

Although it looks like season three has less of a focus on suicide, the Mental Health Foundation wanted parents to understand the risk in case their children watched the drama or found out about its explicit themes in the school yard.

"Be aware that your kids are likely to be watching this get involved with conversations with them. Watch it with them or watch it yourself so you have an idea of what they are viewing. That also means thinking about season one or two because when a new season is produced... it leads to interest in re-watching the earlier series," Mr Robinson said.

Mr Robinson highlighted a study in the US which found a connection between a spike in teen suicide and the popularity of the show which resulted in more than 100 deaths.

RNZ approached Netflix for comment, but they did not respond.

The media giant had previously defended the show and said it encouraged people to ask for help and have conversations about difficult issues - often for the first time.

Voices of Hope co-founder Jazz Thornton agreed and said, sadly, the show was a representation of high schools around the world and this generation refused to use their inside voices.

However, Mr Robinson was not convinced and said the series should have ever been made in the first place.

"We have to do better than that. If it actually costs 125 lives to create conversations, then that is not an effective suicide strategy so I don't buy what Netflix is saying about anything positive at all."

About one in 20 people are in a significant suicidal state at any one time, according to the Mental Health Foundation.

Mr Robinson said it was important for parents to research the show and openly discuss its themes with their children.

RNZ spoke to several teenagers aged 15-17 about whether they would watch the show. The response was mixed, with the majority saying they would, and would likely want to watch it alone. Another said he wasn't interested because of intense themes it touched on. One said she found the previous seasons confronting, so would be viewing it with her mother this time around.

Chief Censor David Shanks has spoken with Netflix about season three of the show, and was given an opportunity to assess it ahead of the release to New Zealand audiences. Following his assessment, he has agreed with Netflix that this season will carry the same rating of R18 and warning note as for previous seasons.

"The launch of this new season may well have some people going back to watch the series from the beginning. So again parents and caregivers should be aware of this.

"Overall the content of this new series, if assessed on its own, would likely merit a lower classification, such as an RP16. But there is a significant range of themes and issues covered that could impact on viewers in different ways, depending on their situation and experiences," Mr Shanks said.

Mr Shanks told RNZ's Morning Report the now-deleted portrayal of suicide in the first season had been problematic, but he accepted that putting the very real and very powerful issues for teens forward provided an opportunity to talk about them.

"On the other hand the portrayal of suicide in particular in the first series has attracted a lot of attention ad a lot of controversy ... it essentially presents it as an inevitability and the way the suicide itself was portrayed was deeply problematic."

He said there was a conceivable potential for banning the show, although it would not sit within the statutory regime of crossing the line into objectionable publication.

"I think at the end of the day, banning commercial content like this can only increase its allure and we live in a digital age where the effectiveness of that is going to necessarily be limited.

"What we can do is provide warnings, information for parents and we're going to be putting up an episode guide for parents ... at the same time as this show goes live, where parents and guardians can work through, see what is in the episodes, make assessments for their kids and be informed."

The launch of this season was a chance for adults in a young person's life to talk to them about what they are watching, and to ideally watch this series along with them, he said.