A controversial scene in Netflix drama 13 Reasons Why in which a teenage girl kills herself has been removed, two years after it first appeared. 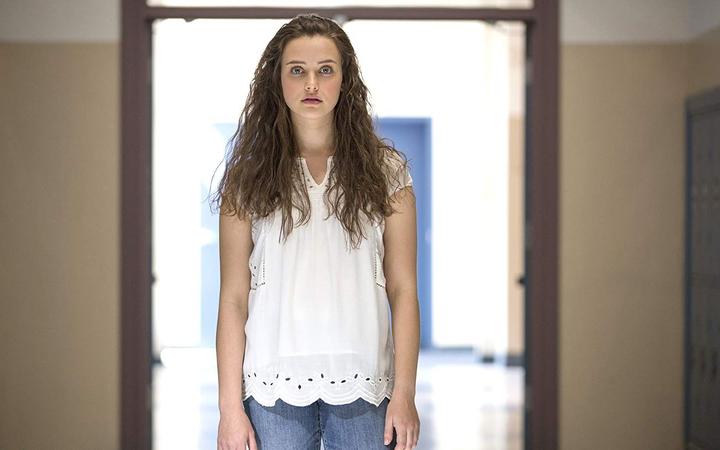 Netflix said the decision had been made "on the advice of medical experts".

The first series of the show featured a graphic depiction of Hannah (Katherine Langford) taking her own life.

The version now hosted on the streaming site omits this three-minute scene and goes directly to a later scene in which her body is discovered.

When first released, the NZ Censor's Office created a new classification especially for the series, which meant teenagers must watch it with a parent or guardian.

The series divided opinion in this country about whether it was appropriate for young people.

The Mental Health Foundation said the show never should have been released, because it put young people at risk, while teachers and teenagers spoken to by RNZ said it raised issues worth talking about.

After reviewing the show and speaking to experts, the Censor's office created the RP18 classification.

When the second season was released last year, the Chief Censor said there needed to be a "very serious conversation" with Netflix about its handling of the series.

Netflix said it had been "mindful about the ongoing debate around the show", the third season of which premieres later this year.

Dr Christine Moutier, chief medical officer at the American Foundation for Suicide Prevention, is cited as one of the experts consulted.

Writing on Twitter, producer Brian Yorkey said the show had originally portrayed the "ugly, painful reality of suicide in such graphic detail [to] make sure no one would ever wish to emulate it".

Yet he said concerns voiced by Dr Moutier and others had prompted a rethink.

"No one scene is more important than the life of the show, and its message that we must take better care of each other," he said.

"We believe this edit will help the show do the most good for the most people while mitigating any risk for especially vulnerable young viewers."

Based on the 2007 novel by Jay Asher, 13 Reasons Why tells of a high school student who finds out why his friend killed herself through a box of cassette tapes she recorded before her death.