Hundreds of thousands of people and billions of dollars worth of property in New Zealand are now said to be at risk from flooded rivers and rising seas.

The details were contained in two reports released today by Niwa and the Deep South National Science Challenge - a government-backed research unit that focuses on determining New Zealand's future climate and how it will impact on key economic sectors, like infrastructure and natural resources.

One of the new reports focused on rivers, while the other examined flooding exposure in coastal and harbour areas and how that might change with sea-level rise.

A former resident of Piha, on Auckland's western shore, knows first-hand about the perils of living near water.

Kim Kerrigan said heavy rain early last year caused the stream that once trickled past her home to rise over a metre high across the whole valley, and through her house.

She had now walked away from it.

"The council did an investigation and produced a report through Tonkin and Taylor, in conjunction with a peer review, and they basically deemed it not safe.

"It was too high a risk to life and property."

It was a scenario that two new reports predicted would happen more often. 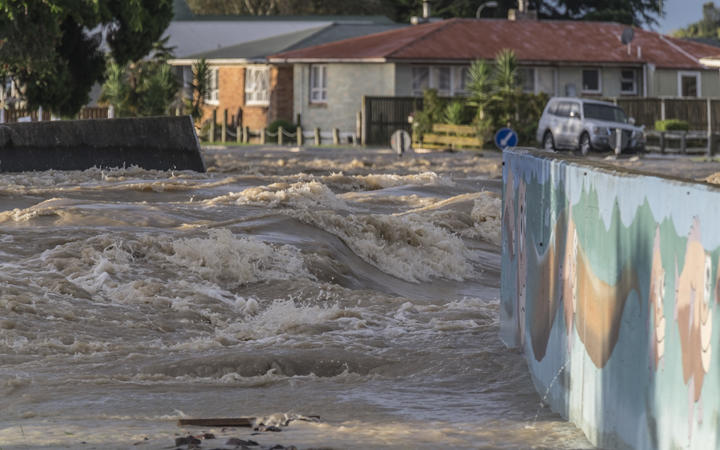 One said that almost 700,000 people and $135 billion worth of property in New Zealand were presently exposed to flooding from rivers in extreme weather.

"A national picture of fluvial (river) flood hazard exposure hadn't been created and this was a first attempt at bringing together publicly available information to map out where, across the country, population and building and infrastructure exposure to fluvial flood hazard lies," Mr Paulik said.

But that was not all - a further 72,000 New Zealanders and $12.5 billion in property were currently exposed to extreme coastal flooding.

"For a coastal flood event that we might have now, in the present day - how much worse could those flood events get? That's in terms of population exposure, building exposure and infrastructure exposure, of they happen with increasing sea levels," he said.

Mr Paulik said what the reports did was put a dollar figure on the projected damage. 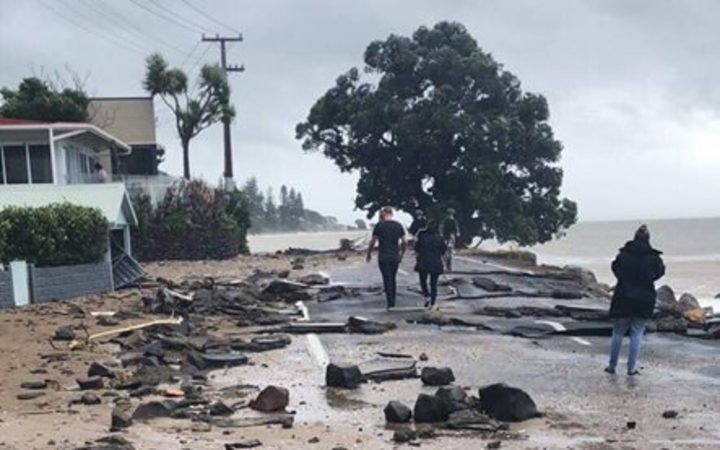 At least one real estate agent who specialised in coastal property sales said land near the sea was getting harder to sell.

Director of Chick Real Estate in Christchurch, Heather Chick, was advising people who asked to get out now.

"It is a problem. To be quite honest, I've got two properties on the peninsula, right next to the sea and I'm thinking, 'damn - should I sell them now and at least make some money - or do I wait five years and it's going to be worse'," Ms Chick said.

More people were asking if they should sell now, and what she would advise.

"To be quite honest, I'm advising them to sell - now."

A long-time real estate agent in Nelson said it was getting harder to sell property around Tasman Bay.

Doug McKee said costs were going up as floor levels on new buildings in high-risk zones were having to be built up to two metres higher than normal.

"One property owner said to me, 'look it's all right, I'll do that and when the sea level rises I'll be able to get a boat to go into Motueka to shop'.

"But no, he won't because all the shops will be under water," Mr McKee said.

Ms Kerrigan said getting over the damage to a home caused by flooding was not easy.

"It's not been a good situation and it's been a long year-and-a-half of grief, and a big emotional and financial toll.

"It's not a pleasant situation and I wouldn't want to see anyone else in that position."

Councils had to start making better decisions about infrastructure and get tougher on planning permissions, she said.