A small hospital in South Auckland which cares for long term elderly residents has been found to be an earthquake risk. 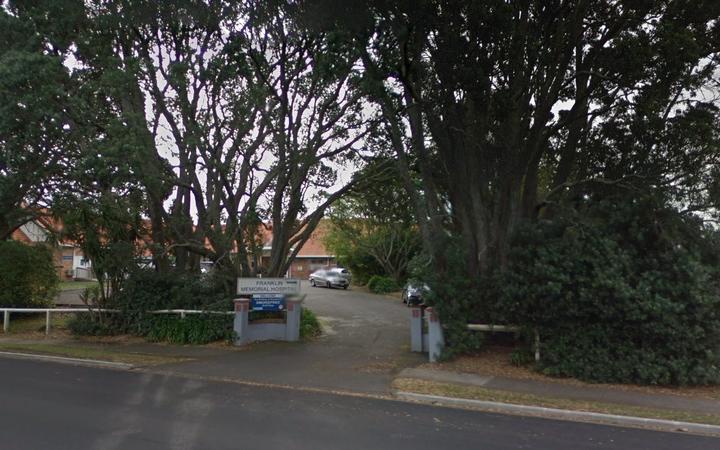 Franklin Memorial Hospital in Waiuku opened in the 1920s and currently cares for 16 long-term elderly residents.

A recent investigation by Counties Manukau District Health Board found the hospital met just 30 percent of new building standards, meaning it is classed as quake prone.

It also identified asbestos-containing materials inside the ceiling void and found that the building was not fit for purpose.

"Substantial investment would be required to meet the cost of strengthening or refurbishing the building to meet modern standards and CM Health believes this level of investment is not appropriate for a building that is not fit for purpose," Penny Magud, DHB general manager of locality services said.

"Any decisions on the future of the buildings will be made with the full consultation of stakeholders."

It will stop taking any more long-term patients.

"The hospital will continue to provide respite care for those who need it, while we hold discussions," Ms Magud said

Ms Magud said the DHB wished to work with community groups, whānau, iwi and patients to discuss what the future of healthcare in the area will look like.

"We are keen to ensure our staff, patients/residents and their families are well supported and continue to receive best possible care," she said.

Franklin Hospice relies on two beds at the hospital, and another two at Pukekohe Hospital for inpatient palliative care.

Hospice chief executive Ric Odom had been in talks with Counties Manukau DHB but said it did not tell him this was coming.

"I need to find out what their plans are. If they'll still take palliative care patients in the short term, then there's no immediate impact for us. I haven't heard that they're keeping it open but neither have I heard any discussion that they're thinking of closing it."

But GP Juan Toledo said as far as he was aware, the hospital won't close until a replacement was built in Pukekohe.

"Logistically a new facility, which would absorb the capacity, won't be up-and-running for some time and so to the best of my knowledge, it's going to continue to operate in the way it currently is for some time."

Mr Toledo said he understood it would be two to three years before the new facility was built.

He said many of the their patients were short term, and the hospital was still admitting people.

Waitākere Grey Power president Mate Marinovich said there was already a shortage of places for sick elderly people, and the problem was where the patients would be transferred to.

"There's already a grave shortage of advanced dementia care and palliative care in the Auckland region, and where are they going to go to?"

He said it showed how medical care for old people was being compromised across the city.