Slashing emissions from key building materials like steel and concrete could be the equivalent of half a million cars being taken off the road, a new report has found. 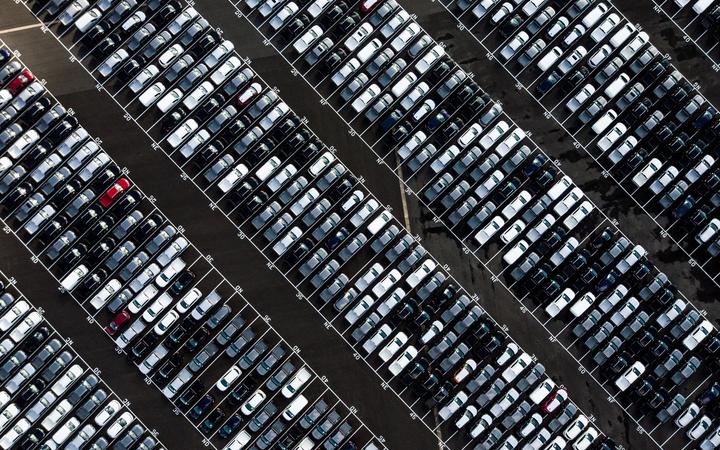 The equivalent of half a million cars could be taken off the road if emissions from key building materials like steel and concrete are slashed. Photo: Unsplash / Ryan Searle

The report commissioned by The New Zealand Green Building Council (NZGBC) from sustainability consultants thinkstep has found renovating and constructing new buildings will contribute almost three million tonnes to the country's carbon footprint each year between now and 2050.

But it said changes to the way heavy emitters like concrete, steel, timber and aluminium are produced could slash emissions as the country works to meet its climate change obligations.

"So what we've focused on for the last 30 or 40 years in New Zealand is how we run our buildings," NZGBC chief executive Andrew Eagles said.

"Here, we wanted to look at something that's often hidden: it's not in our building code; people don't specify this sort of thing."

"What that's missing is a really important component and that's the carbon emissions created from manufacturing all of the materials when you build new buildings. This is really important because it's about half of the total emissions that the construction and property sector creates.

"This is a really useful report from thinkstep, globally scientists are saying we need to move as fast as possible to get our greenhouse gas emissions down," he told Morning Report.

He said the changes could include changing the production system as well as changing some of the materials.

The report said steel and concrete together contribute more than half of the sector's embodied carbon footprint. Aluminium was also a significant emitter for non-residential construction, as well as timber framing in residential building.

Thinkstep looked at a number of short and long term improvements manufacturers could make including lower-carbon cement substitutions, moving away from coal as a fuel source for cement, and using renewable energy like hydroelectricity and carbon free smelting for aluminium.

"We create aluminium in New Zealand - we've got some of the greenest aluminium manufacturer in the world down at Tiwai Point - and we could be using locally made aluminium rather than bringing it in from China and that would be four times lower carbon emissions," Mr Eagles said.

For a 200 sq m home emissions could be cut by three tonnes, or 5 percent, if low-carbon concrete was used, the report said.

Longer-term changes to concrete, steel, and aluminium, increasing that to almost 30 percent, would be the equivalent to taking seven cars off the road.

"Overall, if construction material improvements are made for both residential and non-residential building types, a total carbon saving of 13 percent from all embodied emission could be made in the short term, and 41 percent in the long term," the report said.

"This translates to taking approximately 5 percent or 15 percent (respectively) of all passenger cars in New Zealand off the road permanently.

With the government's goal to reach zero carbon by 2050, the report said its 40 percent reduction could be improved if the sector and others collaborated.

"It is not only material suppliers who need to implement low-carbon manufacturing technologies, but also specifiers and customers who need to consciously choose those materials," it said.

Mr Eagles said things like the Zero Carbon Bill would force people to analyse where New Zealand's emissions came from.

"This report is effectively saying that we can't get to zero carbon without dealing with all of these emissions from the materials we use to build.

The report forms part of NZGBC's submission on the government's Zero Carbon Bill, and Mr Eagles said it was essential the government led change.

He said it was also key to ensuring New Zealand's materials producers did not fall behind the global industry.

"Globally there's a race on - to get materials, and how we build, down to low carbon - and if we don't invest and improve how we're creating these products then our local producers are going to be behind and we don't want that, right. We want to be competitive globally, we want to be producing really good materials, low carbon, for our local builders and supply chain."

"We all sit in the same boat and we won't achieve New Zealand's net-zero carbon goal by 2050 if we don't collaborate. There are opportunities within each material stream to decarbonise and if everyone does their bit it will add up to something great.