A maritime police officer has described the David and Goliath battle as he stopped a 200-tonne ferry from slamming into an Auckland wharf, from a 12-metre inflatable boat. 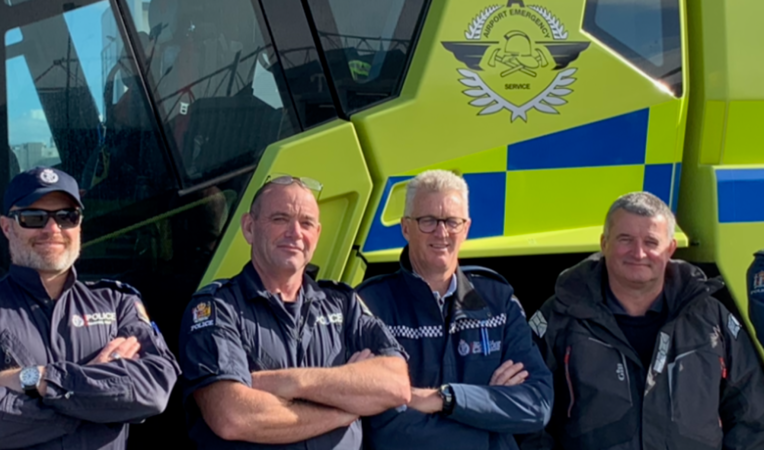 The Great Barrier Island car ferry was thrown off its mooring in Wynyard Quarter last night during what onlookers have described as a tornado.

A police coastal master, John Burridge, says he was helping people injured by flying furniture at a restaurant, when he looked up to see the looming ferry.

It was about 50 metres from Captain Cook wharf when he and colleague Kevin Stone attached a tow-line from their rigid inflatable boat (RIB) and pulled it slowly into the middle of the harbour.

"It was a very surreal moment, I was standing on the wharf initially when I saw it, and moving quite quickly with the wind down the harbour. 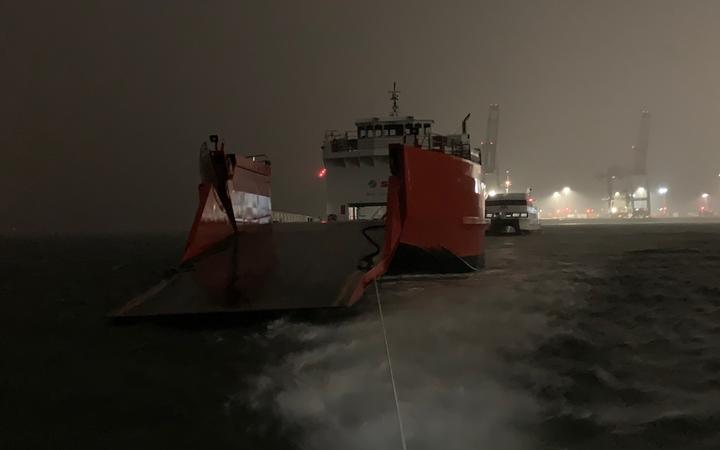 "And when our RIB turned up and we got on board , there was only two of us on our 12-metre RIB. It's got twin 225 outboard [motors] on the back. And it was a bit of a David and Goliath moment.

"I must admit, when we got alongside it, it's rather large and it's rather heavy and it was blowing a lot. We were just like, oh well I hope we can do this and we managed to stop it so that was great.

"We were really worried that if it had hit the wharf, a) it would have damaged the wharf, damaged the ferry, but it also could have spilled diesel and oils, could have ruptured tanks and put more fuel into the harbour, so we were trying to stop any environmental hazard."

He and his colleagues held the boat for 35 minutes until Coastguard volunteers and tugs from the Ports of Auckland arrived to help guide it back to the ferry terminal.

"When I left work at 7 o'clock this morning, I was just amazed that that no one had been killed," he said. "Honestly, if there had been two people aboard a catamaran or three or more, they would have been killed by flipping over the pontoon.

"And also, if it had been a busy work time and people working on the wharf, because there's construction going on near the Viaduct at the moment - and there were shipping containers blown off that area - there could have easily been people killed as well.

"So I was just amazed and very grateful that no one was killed. There were injuries, but there were no fatalities."