Large swells have stripped away sand protecting the old landfill under Dunedin's Kettle Park, and forecasts of more big seas to come have the Dunedin City Council on alert. 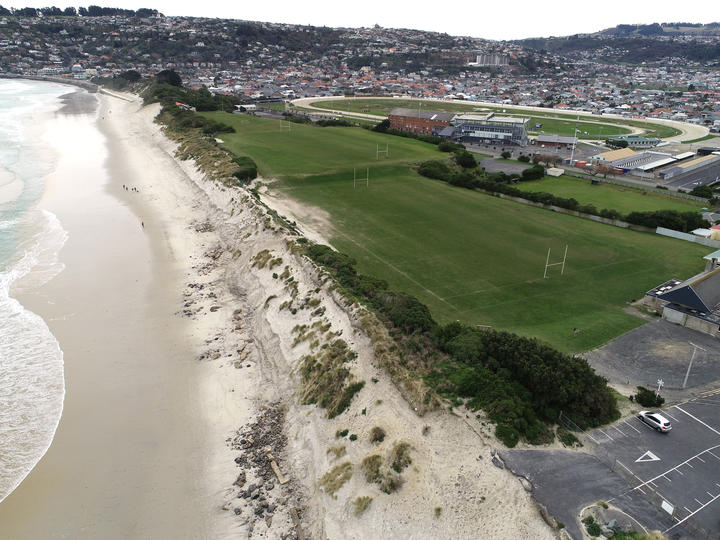 Between 5m and 10m of dune had been lost, leaving behind a near-vertical scarp and exposing pieces of concrete, brick and other rubble placed there in 2007 to protect the old landfill buried behind the dune.

Mr Drew said the rubble now exposed on the beach was not landfill material, and there was no immediate risk to people or the environment.

However, with more big swells expected next week, the situation was being taken "seriously", he said.

The risk of a repeat of events on the West Coast, where an old landfill breached and deposited rubbish along the coastline, was still "low".

Despite that, contractors were on standby to protect the area and national experts had already been flown in to advise the council, he said.

A "significant buffer" of at least 20m remained between the landfill and dunes, but the results of a drone survey yesterday would provide more detailed information within days, he said.

"We're prepared if the situation changes and will take action," he said.

There was a range of temporary options available to protect the area in the short term, if needed, including sandbagging the area or dumping more rocks or sand there, he said.

The council had also launched a wider review of the entire Ocean Beach area, which stretched from St Clair to Lawyers Head and included the old landfill.

Excavating the site was an option, although Mr Drew cautioned yesterday the likely cost would be in the "tens of millions of dollars". 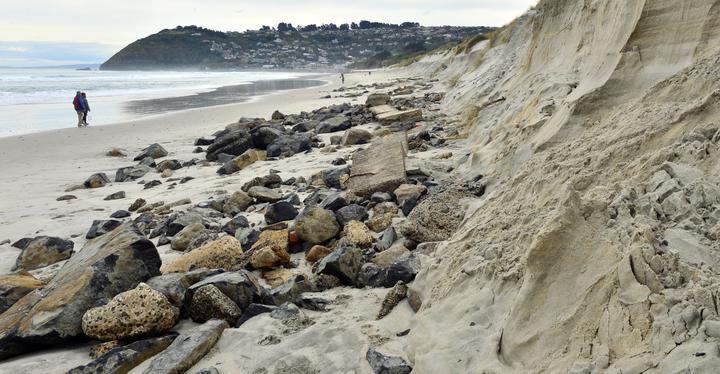 Erosion at Middle Beach looking back toward St Clair from the end of Moana Rua. Photo: Photo / Otago Daily Times

Damage to the sand dunes in recent days was also believed to have been amplified by a "big rip" in the area in front of Kettle Park, which had been magnifying the energy of waves, and it could move at any time.

Sand was also expected to return to the area over the next few months with the arrival of summer conditions, he said.

The old landfill under Kettle Park had operated from the early 1900s until it was capped and largely forgotten about in the 1940s.

It re-emerged when significant coastal erosion in 2007 exposed the toe of the landfill, leading to tests which found traces of arsenic, asbestos and other industrial chemicals in nearby sand dunes.

And, since torrential rain in April exposed an old Fox Glacier landfill, depositing rubbish along a 100km stretch of coastline, the Otago Regional Council has confirmed there were more than 250 historic landfills across Otago, including more than 50 in Dunedin.

Of those, 27 were within 200m of the coastline and 63 within 20m of a waterway, including the one under Kettle Park.

Mr Drew said contractors would be back on site again today to remove any sharp rocks and other exposed rubble on which people could be hurt.

The rest of the material would be left there to help protect the dunes in the meantime, he said.

- This story first appeared on the Otago Daily Times