Civil Defence says it is expecting potentially hazardous king tides and high seas on the West Coast from tomorrow until next Tuesday. 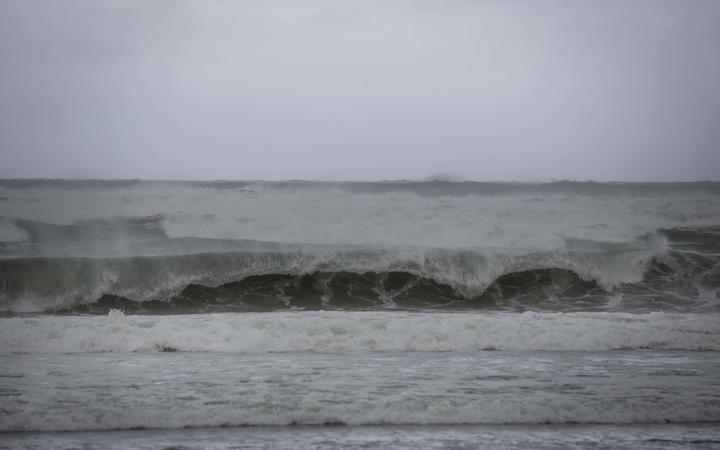 A heavy southwest swell is due at coastal areas tomorrow afternoon, accompanied by gale south-westerlies.

Waves are expected to surge to 8.5m by the evening, then ease off slowly over the weekend.

Civil Defence said it would be closely monitoring the situation, but people should be aware of the threat.

"It's a combination of some reasonable king tides, which we were notified about a month ago, then there's obviously the swells that come through with it and the gale force winds as well," he said.

"So we really just wanted to communicate that combination of factors and just heighten people's awareness."

MetService said up to 35cm of snow may settle on some alpine roads overnight as another cold front hits.

It has issued road snowfall warnings for several major passes including the Crown Range, the Lewis, Lindis and Arthurs passes in the South Island; and the Desert Road and Remutaka Hill Road in the North.

MetService has also sent out warnings for strong and potentially damaging winds, gusting up to 120km/h - in Fiordland, Southland, Otago and the Southern Lakes tomorrow.

The theme for the next 5 or 6 days is cold, windy, and unsettled. It’s looking like it will get especially cold over the country on Sunday and Monday, and this is when snow could fall to sea level in Southland and Clutha. Keep up to date at https://t.co/Yjbq0jxdqz. ^SG

Meanwhile, several streets in eastern Christchurch, including Anzac Drive, Wainoni Road in Aranui, and New Brighton Road, have flooded due to high tides and river levels.

The city's Transport Operations Centre is urging drivers to slow down while driving through floodwaters.

MetService's weather outlook also warned of a cold front moving along the country until the middle of next week.

"The next few days are going to be cold, windy and unsettled," said MetService Meteorologist Stephen Glassey.

Conditions might ease briefly on Saturday before another series of active fronts sweep over the country from late Saturday through to Monday, MetService said.

"It's looking especially cold over the country on Sunday and Monday, and this is when the snow is likely to fall to near sea level over Southland and Clutha," Mr Glassey said.