Snow has started falling across Central Otago as an icy blast moves up the country. 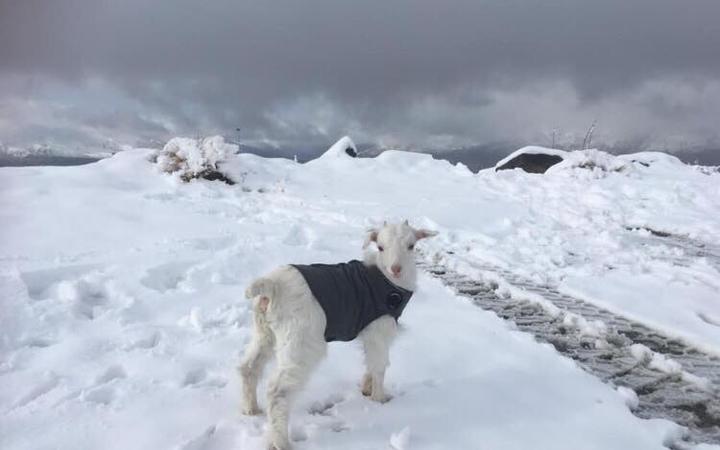 MetService has issued its first heavy snow warning of the season, with warnings in place for Otago, the Southern Lakes and inland parts of Clutha and Southland.

The forecaster is predicting heavy snowfalls until at least this afternoon, with the Canterbury High Country already receiving more than 20 centimetres this morning.

MetService said there will also be periods of heavy rain for the Canterbury Plains, including Christchurch.

Farmers in the lower south are being warned the cold conditions may cause stress for livestock.

Temperatures have plummeted in Wellington this afternoon, and MetService says heavy rain and strong, cold southerlies are likely today, with thunderstorms and hail possible.

Take extreme care on the roads

Snow has also started falling on the Remutaka Hill Road, which connects Wellington and Wairarapa.

The agency's asked motorists to slow down and allow a larger following distance.

It said up to 5cm of snow could settle on the Desert Road this evening, and the southern passes could get up to 2cm.

The Lewis Pass and Arthur's Pass between the West Coast and Canterbury have reopened - after heavy snow closed both routes this morning.

State Highway 73 from Springfield to Arthur's Pass has also reopened. 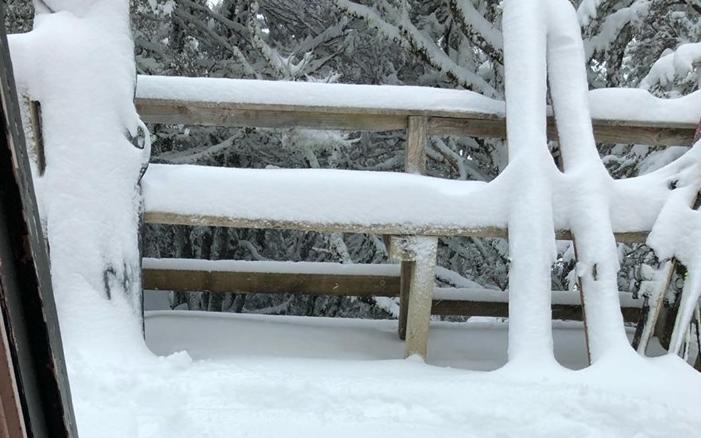 Transport Agency spokesperson Tresca Forrester said crews have been working hard to clear the highways today, but people need to keep an eye on official updates as the situation can change quite quickly.

"We've had crews on all night, they are doing their very best," she said. "It just depends on the ice and snow, if it gets a bit set and dangerous."

She also warned motorists to be wary of sleet, which can make roads icy and slippery.

"Take extreme care, conditions will be challenging across the region."

MetService is advising people to take extra care and slow down for snow, ice and grit, as well as general flooding and surface water.

People driving caravans and other high-sided vehicles should beware of high winds.

Motorists can stay up-to-date with current conditions on the NZTA website.

Snow a blessing on skifields

The snow is a relief for the South Island's skifields, which say they have been having a very mild winter so far. 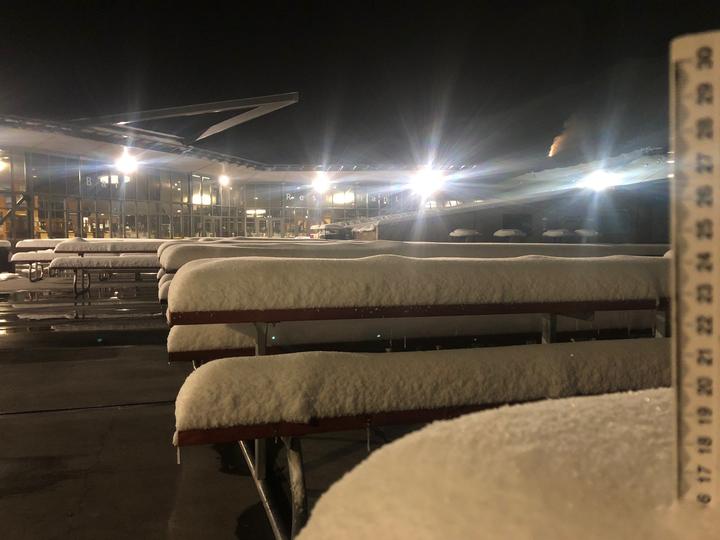 Nigel Kerr from Coronet Peak said it had been one of the "driest winters" he had seen in 30 years.

Some skifields have been relying on snow machines to keep punters coming this season.

"I'm really very, very happy. Whenever you see white stuff, and you're in the business of white stuff, it's a good day."

He said the field had around 16cm of natural snowfall overnight, plus another 5-6cm of machine snow.

"It's going to be quite a white August at this point in time."

Mt Hutt has reported getting 35cm of snow so far.

Coronet Peak is open, however Mount Hutt is closed today due to a high avalanche risk both and low visibility in the ski area. It will likely be open tomorrow.